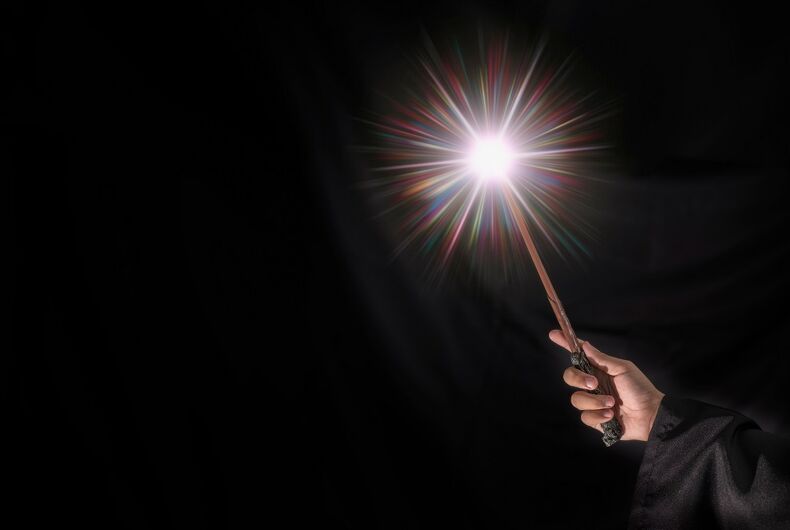 A Catholic school has banned Harry Potter books because a pastor at the school believes that the magic described in the books is real.

Most adults know that the books are a work of pure fiction by British author J.K. Rowling, but Reverend Dan Reehil who works at St. Edward Catholic School in Nashville, Tennessee, told students and parents in an email that Rowling has deceived people and that the magic is real.

“These books present magic as both good and evil, which is not true, but in fact a clever deception,” the email states. “The curses and spells used in the books are actual curses and spells; which when read by a human being risk conjuring evil spirits into the presence of the person reading the text.”

The email goes on to say that Reehil consulted with exorcists in the U.S. and Rome and they recommended removing the books.

A parent asked Catholic Diocese of Nashville superintendent Rebecca Hammel to confirm the email, and she did. She also said that Reehil told faculty that the books were banned.

While the Catholic Church does not have an official position on the books, Hammel said that it is within Reehil’s authority to take this position on them.

“Each pastor has canonical authority to make such decisions for his parish school,” she said. “He’s well within his authority to act in that manner.”

Numerous religious leaders have accused the books of promoting the occult since the first was published in 1997. The books are banned in the United Arab Emirates and the Orthodox church of Bulgaria has campaigned against them.

Gabriele Amorth, one of the official exorcists of the Archdiocese of Rome, said in 2006, “Behind Harry Potter hides the signature of the king of the darkness, the devil.”

Rowling herself is Christian. “I believe in God, not magic,” she once said.

St. Edward, a pre-K through 8th grade, just got a new library this year, and the books were among those that have been removed. Other schools in the diocese may still have the books.

This Tea Party politician made up a wild gay sex scandal about himself. He might go to jail for it.