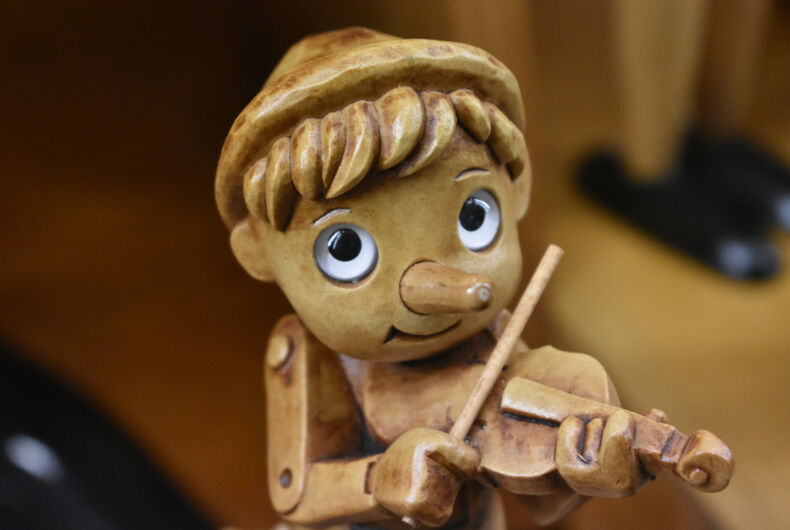 Game sought help from a therapist many years ago, seeking to change his own orientation. He founded Hope for Wholeness — then called Truth Ministry — in 1999. You can still find some of Game’s writing on their website.

But today, Game is a changed man.

A profile on Game published in the Post and Courier, details Game’s disavowal of the practice saying “Conversion therapy is not just a lie, but it’s very harmful. Because it’s false advertising.”

Related: This Tea Party politician made up a wild gay sex scandal about himself. He might go to jail for it.

“Conversion therapy” – also known as “ex-gay therapy” – is the widely-discredited practice of attempting to change a person’s sexual orientation or gender identity through religious or psychological intervention, including torturous techniques like shock therapy.

The practice is now banned in 18 states as well as Puerto Rico, Washington DC, and several counties and municipalities — but not South Carolina.

On his Facebook page, Game spoke about his views of the practice as well as his own life experiences.

“When the [Post and Courier] reporter asked me if I’d like to see Hope for Wholeness shut down, I said I’d like all ex-gay ministry and conversion therapy counselors and organizations shut down,” said Game. “I told him I believed the only positive and productive use for HFW and ex-gay ministry is for those that believe that homosexuality is incongruent with their faith, to receive and have a community of like-minded people so that they can live healthy lives, and in the end that was what I was trying to do.”

“Today, I’m thankful to have it all behind me,” Game added. “I plan to communicate with anyone, including media, that wants to speak with me. I’ll take advantage of any opportunity I get to share my experiences, and my belief that ex-gay ministry and conversion therapy IS HARMFUL”

Game is now turning to working on behalf of the LGBTQ community rather than against it.

20yrs in exgay ministry I WAS WRONG! Please forgive me! ❤️Unpacking the memories. In the discussions leading up to The…

How ‘barebacking’ went from a gay taboo to just having sex