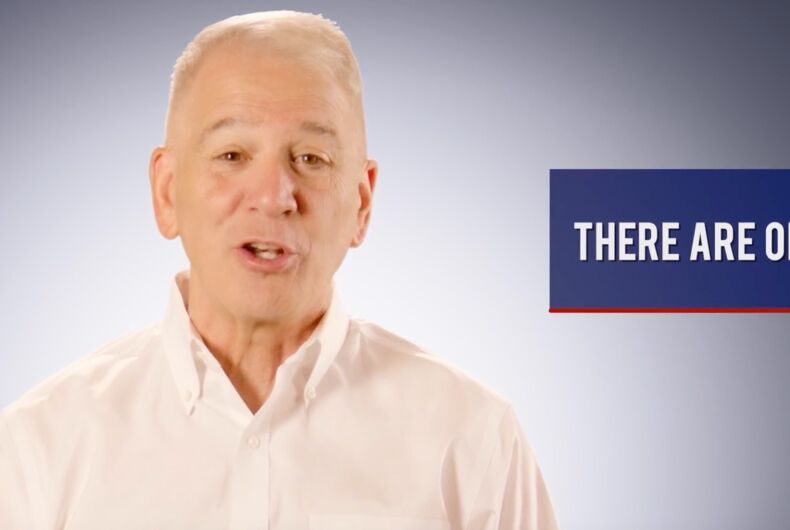 Ralph Abraham falsely claimed there are only two genders.Photo: Screenshot

Republican Congressman Ralph Abraham is running to be the Governor of Louisiana and he’s hoping the culture wars will win him the office. In his first campaign ad, Abraham touts his love for President Trump’s policies, his extreme stance on abortion rights, and takes a swipe at transgender people.

At the end of the spot, named “The Truth,” Abraham tells viewers, “And as a doctor, I can assure you there are only two genders.” The American Medical Association defines gender as a “medical spectrum” and has repeatedly spoken out to try to debunk the religious right myth and support transgender patients.

The Congressman describes himself as a “conservative Christian voice” on his campaign website while his Twitter account mentions he is a “former veterinarian.” He likes to be referred to as “Doc.”

Abraham has always had a “zero” score on the Human Rights Campaign’s Congressional Scorecard listing of how LGBTQ-friendly members of Congress are. He’s the current frontrunner.