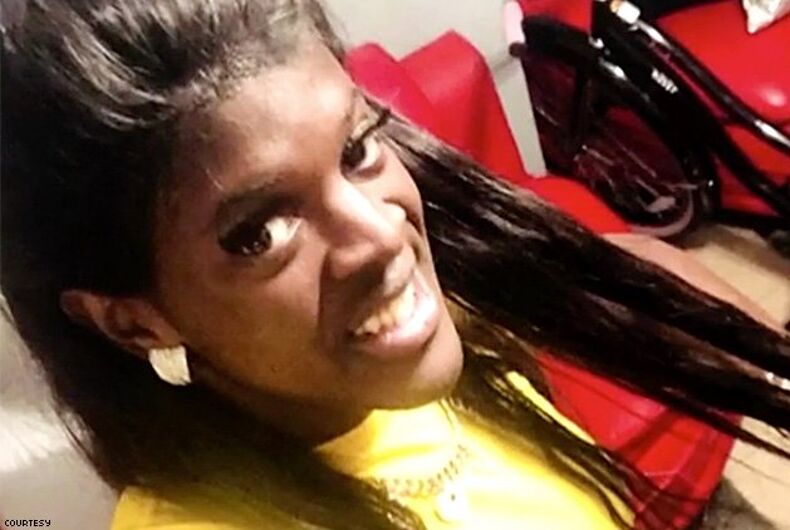 A black transgender woman was killed last week in Miami in what her mother believes was a hate crime. She is at least the 13th transgender person killed in the United States this year, all of them black women.

Kiki Fantroy was 21 last week when she was shot several times near an abandoned home before sunrise, according to Miami-Dade Police Detective Lee Cowart. Emergency personnel found her and transported her to a hospital, where she was pronounced dead.

Cowart said that the murderer was not found at the scene of the crime when police showed up. They investigated for two days before putting up signs in the neighborhood offering a $3000 reward for information leading to an arrest. The posters misgendered and deadnamed her.

Related: Is Jeff Sessions intervening in a transgender hate crime case as a publicity stunt?

“Detectives have determined there were a number of witnesses and we’re asking the community to come forward,” Cowart said.

He said that investigators are “making progress” on the case and they don’t believe that Fantroy’s gender identity played a part in the motive, that the murder was instead a result of a personal dispute. But the victim’s mother isn’t buying it.

Comer said that Fantroy “had a heart of gold” and “was a very loving person, would do anything for [her] friends.”

“That was her dream, RuPaul,” she said. “She wanted to be another RuPaul. She used to say one day she was going to California.”

Trump doesn’t pull the trigger during domestic terror attacks. He arms the shooters.