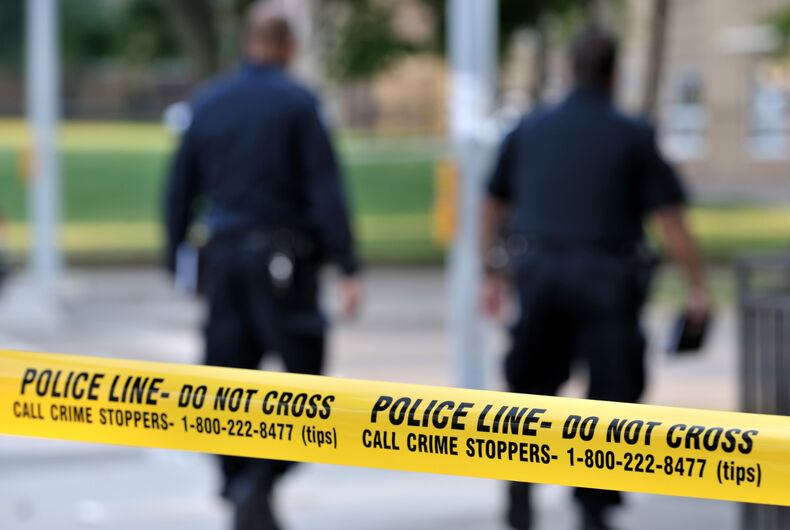 A man who burst into a barbershop brandishing a knife and started yelling antigay and racist slurs was shot by police in Palm Springs, California. The unidentified man was transported to the hospital with non-life threatening injuries.

Officers originally were called to reports of a fight outside of a Bank of America, but learned that the deranged man had previously entered the nearby barbershop before patrons pushed him out and into the bank parking lot.

“He came in here all aggressively. It’s a crazy situation and I want the people to be aware,” the business owner, who did not want to be identified, told the Desert Sun. “He pulled a knife on us. But then the police showed up quickly. It’s a good thing they showed up.”

One officer was moderately injured while subduing the man. Witnesses say the alleged perpetrator attacked the police officers as soon as they arrived on scene.

“I did witness the second officer, his hand it was like his wrist was hyperextended …contorted…and a large amount of blood,” Philip Becerra, an eyewitness, told local news station KESQ.

No customers were injured in the incident.