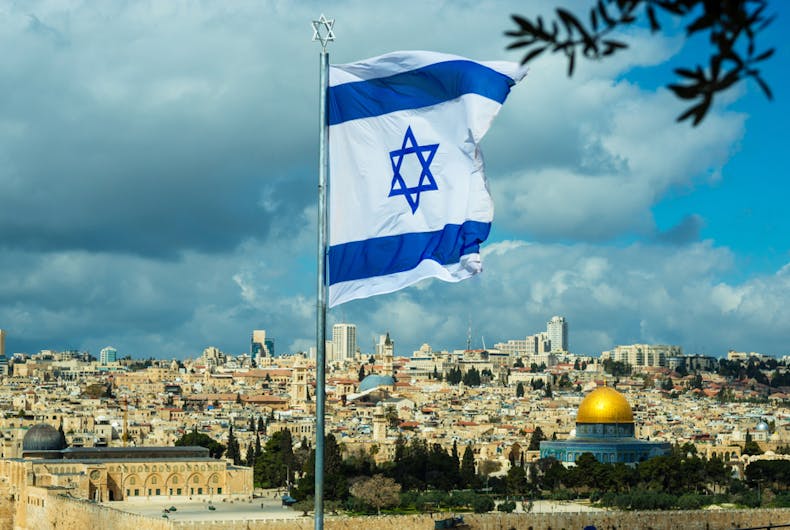 The Israeli far-right Noam party has published a new video attempting to tie the LGBTQ community to Palestinian suicide bombers and the Nazis.

The video begins with footage of a speech by Adolph Hitler demanding, “the destruction of the Jewish race in Europe,” before going into footage of Arab tanks and Palestinian suicide bombings, amongst other historical moments.

Superimposed over these images is text, in Hebrew. “Since our very birth, they’ve been trying to destroy us,” it reads, according to the Times of Israel. “With God’s help, we returned home.”

“But they didn’t stop trying,” the text continues. “They changed their methods. They still want to destroy us. But this time from the inside.”

Related: Pride in Pictures: Tel Aviv has one of the largest Pride Parades in Asia

At this point the images in the video become more modern, and include the veteran group “Breaking the Silence” confronting Israeli soldiers as well as inclusive prayers at the Western Wall.

Between these is footage of a discussion over LGBTQ rights. The superimposed text over it reads, “They’re destroying the family and the birthrate — to prevent a Jewish majority.”

The video ends with the words, “But with God’s help, this time, too, we will win.”

The Noam party is seen as a fringe right-wing conservative group, and is polling far below what they need to be a part of the national legislature of Israel, the Knesset.

Rabbi Tzvi Tau, the 81-year-old  “spiritual leader” of the party, write in 2017 that homosexuality is the “ugliest deviation, which breaks down family life… and contradicts the first basis of human existence.”

This is one of many attacks on LGBTQ rights put forth by the party, including funding billboards and other videos that use the slogan, “Israel chooses to be normal.”

Much like anti-gay forces elsewhere in the world, Noam has claimed that LGBTQ community has “forced its agenda” on Israel.