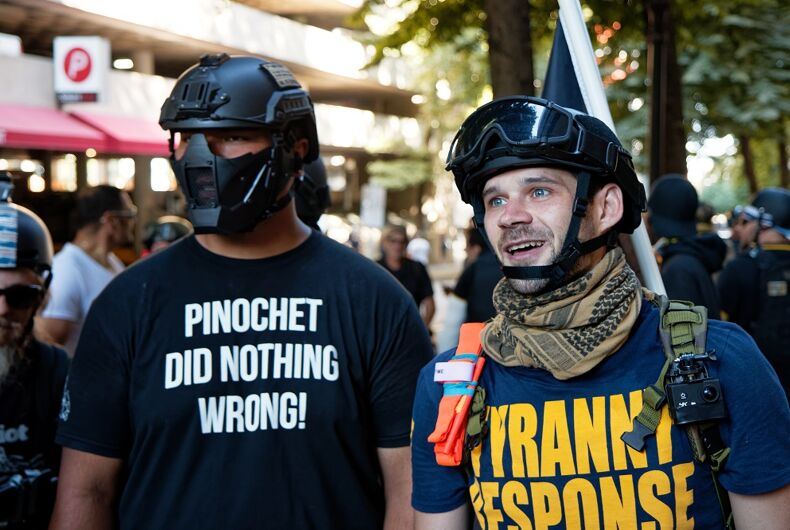 The leftwing organization Popular Mobilization put together a fundraiser in response to a Proud Boys rally that was held on August 17 in Portland. They got people to pledge a certain amount to the organization Causa for every person who showed up at the Proud Boys rally.

Popular Mobilization said that donations “flooded in from all over the country, and even as far away as the UK, ranging from two cents to five dollars a fascist.”

Around 300 people showed up for the Proud Boys rally, although media reports that they were outnumbered by counterprotestors.

The fundraiser was “in direct opposition to the anti-immigration rhetoric of the far-right and the current administration that emboldens them, showcasing the resilience and strength of a community coming together against hate,” Popular Mobilization said in a statement.

The rally, while organized by the Proud Boys, was also attended by other rightwing groups, including the white supremacist organization American Guard.

In 2013, one small town in Bavaria came up with the idea of sponsoring fascists and neo-Nazis who march around displaying their hate publicly. The town even mocked the marchers as they paraded through the streets by posting signs along the route with slogans like “If only the Führer knew!” One sign, “Mein Mampf” (my munch), was put next to a table full of bananas to keep the marchers on their feet so they raised more money.