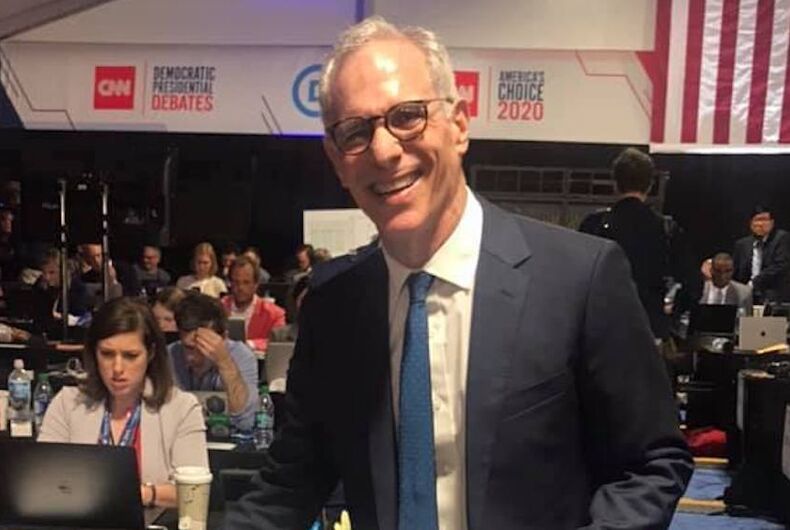 Former Republican presidential candidate Fred Karger recently launched an effort called “Truth Squad 2020” which exists for one reason alone: to remind people that he was the first out gay man to run for president and not Pete Buttigieg.

Yes, Buttigieg seems to get all the praise and recognition for being the “first gay presidential candidate,” but it was Karger who actually claimed that historic first when he ran for the Republican nomination in 2012.

Karger, however, had no chance of winning and was not considered a credible candidate. He did not appear in any debates and his name was not even on the ballot in most states.

Karger has launched a so-called “correction campaign” to let people and media outlets know that no, Buttigieg isn’t the first. The campaign’s tagline is “Keeping LGBTQ History Accurate,” and its Facebook page has tongue-in-cheek pictures of Karger distributing fliers to media members at the recent Democratic primary presidential debate.

In other words, the formerly self-funded candidate is funding another campaign  – to remind people that he did something years ago that failed.

In a press release, Karger said:

“Over the next several months we will be highlighting much of what we did during our 2.5 years of full-time campaigning all over the country. We’ll focus on the ‘Top 200’ accomplishments, news stories, speeches, meetings, hurdles and experiences from our ground breaking campaign of eight years ago. It was a very different time and I ran in a very different party than Pete and ‘Truth Squad 2020’ will reflect that.”

While it might seem vain for Karger to tout his eight-year-old failed presidential campaign now that Buttigieg has the spotlight, he’s pointed out that Buttigieg himself graciously credited Karger with blazing a trail that helped pave the way to his eventual candidacy. He also supports Buttigieg’s candidacy – as long as it doesn’t come at the expense of his personal glory.

Karger was always a long-shot candidate before he ended his campaign during Pride month 2012, barely ever polling above one percent and never being allowed onto the debate stage. But he made several historic firsts by releasing the first-ever campaign ad to contain a gay kiss and openly challenging the leaders of anti-LGBTQ hate organizations. He has also repeatedly led campaigns against the Mormon church over their support for anti-LGBTQ initiatives and policies.

To be clear, neither Buttigieg nor Karger are likely the first gay man ever to have run for president: That honor belongs to the most-likely-closeted James Buchanan who was president from 1857 to 1861.