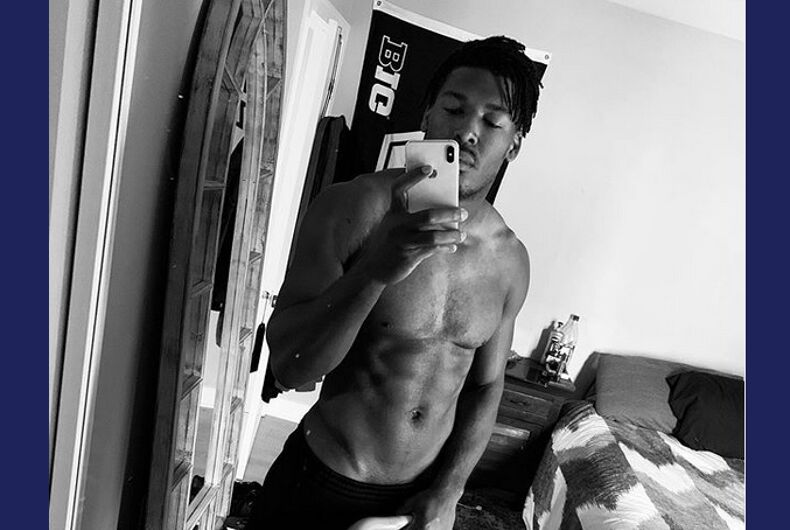 Former NFL player Ryan Russell has come out as bisexual in a column for ESPN. In the column, Russell says that his goal is to get back in the NFL and to do so openly and honestly.

“My truth is that I’m a talented football player, a damn good writer, a loving son, an overbearing brother, a caring friend, a loyal lover, and a bisexual man,” he wrote.

But he was absent most of this past season due to a shoulder injury. He wrote that he’s trying to get back into the game, as his authentic self.

Related: Former NFL player Michael Sam regrets coming out when he did

“Out of love, admiration and respect, I want the next team to sign me valuing me for what I do and knowing who I truly am,” he wrote.

He wrote that he felt like he was between two worlds growing up – not the stereotype of a gay man that he learned about through pop culture, but still different from his fellow football players. He was religious and “prayed countless nights for God to take away this part of me.”

But when Russell started playing with the NFL, his career took precedence over his personal life. He came out to close family and friends, but he had to be “strategic and cautious” about being seen with men.

That wasn’t enough. He said that he was contacted by a blogger in 2016 because he appeared in the background of an Instagram picture of a man he was dating, and the blogger knew enough to out him.

“I panicked, then wrote back, reminding him that there were implications about his actions he didn’t fully understand,” Russell wrote. “If the blogger outed me, I was sure that would kill my career, one that was supporting not just me, but my mother and grandfather. He’d eradicate a childhood dream that was the product of years of work and sacrifice.”

The blogger did him a “favor” and didn’t out him.

But Russell decided – after a bout of depression and the death of his best friend to cancer – that it wasn’t really a favor to continue to live in the closet.

He wrote that there shouldn’t be any problem being out and an NFL player, but considering there are no out players in mainstream, major league men’s professional sports in the US, there apparently is a problem.

“I want to change that – for me, for other athletes who share these common goals, and for the generations of LGBTQ athletes who will come next.”

On Instagram yesterday, Russell posted a picture with his boyfriend Corey O’Brien, a professional dancer from Los Angeles.

A gay member of Parliament brought their newborn son to work. The speaker made the baby a VIP.