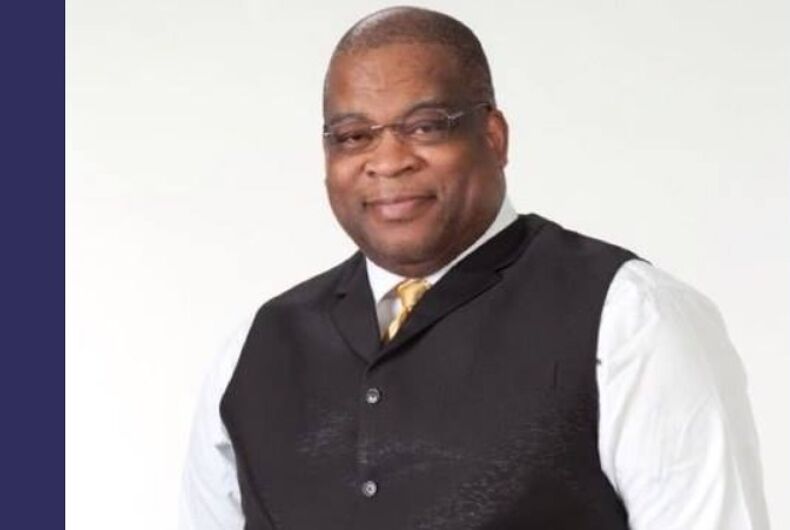 Major Democratic presidential candidates have been campaigning at the church of a pastor who denigrates LGBTQ people.

Harris and Booker attended services at the church and Sanders held a townhall there.

Its pastor isn’t a friend of LGBTQ people, though. Reverend Robert E. Fowler, Sr., has a history of inflammatory comments.

In 2013, he compared homosexuality to pedophilia.

“We believe that everyone is to be restored to God,” he said on the local NPR affiliate.

“So whether you commit adultery, whether you commit fornication, whether you’re a child molester, you gossip, you lie, you cheat on your taxes, you don’t pay your tithes, things of that nature. All of that is wrapped together as sin, along with homosexuality,” he said, attempted to downplay his hatred of LGBTQ people.

Related: Evangelicals just kicked out a church and pastor for holding a same-sex wedding

In an interview this past weekend, he stood by those statements, saying that homosexuality is a sin along with “adultery” and “fornication.” He said that gay people are going to hell.

“Any sin, if you break the law in one area, you’ve broken it in all areas. If you mess up in one area, that’s enough to send you to hell — so any sin is pretty bad for me.”

The Harris campaign issued a statement that made it clear that Fowler’s hatred of LGBTQ people is not a dealbreaker for their campaign.

“Senator Harris’ support and advocacy for LGBTQ equality has been unwavering throughout her career,” the statement said. “She will continue to visit houses of worship across the country to address congregants about the pressing issues we face as a nation.”

LGBTQ advocates are not so sure that major Democratic candidates should be campaigning at anti-LGBTQ churches.

“I don’t think we would ask any candidate not to go somewhere or not to speak to a faith community, and I would imagine that many of the congregants at that church do not share their pastor’s views,” said Samuel Garrett-Pate of Equality California.

“We would hope they would use these opportunities to speak with pastors that they are meeting with or whose congregations they’re speaking to about the importance of affirmative and supportive language for the LGBTQ community.”

Booker’s and Sanders’s campaigns have not commented on the Fowler’s homophobia.

As for why Fowler is willing to support campaigns that he believes are enabling sin, he said that he is not “a one-item voter” and that LGBTQ rights are not “a major issue at this point.”