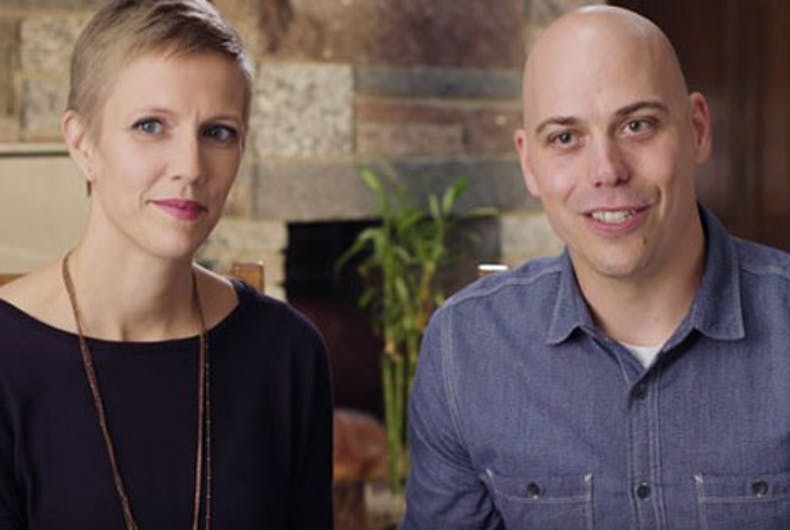 A judge ruled in favor of Christian filmmakers who sued the state because they didn’t want to film same-sex couples’ weddings.

Carl and Angel Larsen own Telescope Media Group in St. Cloud, Minnesota. In 2016, they didn’t actually do weddings, but they decided to sue the state of Minnesota anyway over its Human Rights Act, which bans discrimination based on sexual orientation.

No same-sex couple had actually asked them to film their wedding. They were just launching a preemptive strike on the state’s civil rights laws.

A year after they filed their lawsuit, a federal judge dismissed it. The judge said that their behavior was “conduct akin to a ‘White Applicants Only’ sign.”

Related: The homophobic Masterpiece Cakeshop baker did an ad opposing a gay candidate

“Posting language on a website telling potential customers that a business will discriminate based on sexual orientation is part of the act of sexual orientation discrimination itself,” the judge wrote. “As conduct carried out through language, this act is not protected by the First Amendment.”

Now three-judge panel on the 8th Circuit Court of Appeal has sided with the Christian couple and reversed the decision.

The panel ruled that making a film “constituted a media for the communication of ideas.” They sent the case back to the trial court.

Judge Jane Kelly dissented, calling the decision a “major step backward” in “this country’s long and difficult journey to combat all forms of discrimination.”

“That the service the Larsens want to make available to the public is expressive does not transform Minnesota’s law into a content-based regulation, nor should it empower the Larsens to discriminate against prospective customers based on sexual orientation,” she wrote.

The state of Minnesota said called the decision discriminatory.

“Minnesota is not in the business of creating second-class community members in our state,” said the Minnesota Human Rights Commission in a statement. “Time and again, Minnesotans have chosen love and inclusion in our communities in order to build a state where our laws lift up our beautiful and complex identities, not hold them down.”

The Larsens said that the ruling against civil rights legislation was a win “for everyone.”

“We are thankful the court recognized that government officials can’t force religious believers to violate their beliefs to pursue their passion,” Carl Larsen said. “This is a win for everyone, regardless of your beliefs.”