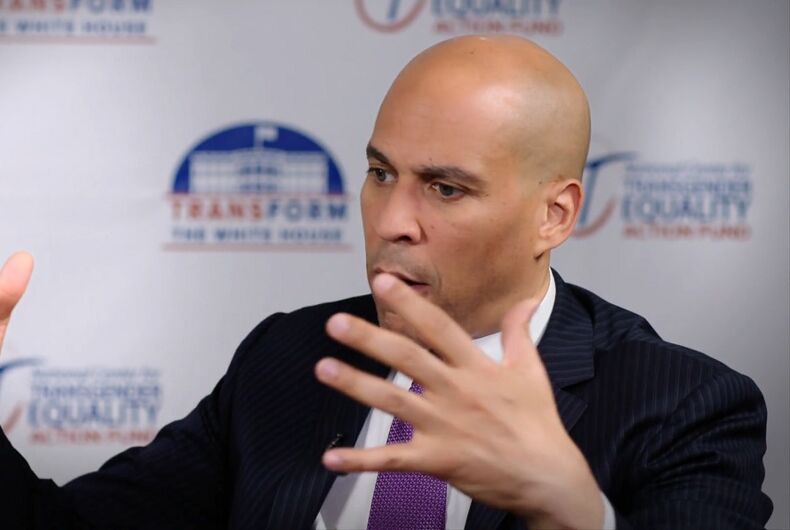 Senator and 2020 presidential hopeful Cory Booker (D-NJ) talked about his nonbinary niephew in an interview.

Speaking with the National Center for Transgender Equality’s Executive Director Mara Kiesling, the senator brought up his family.

“My brother’s child, my ‘niephew’ – which is a combination of niece and nephew – is a trans activist,” he said.

He said that they “helped their uncle be someone who is more aware of specific issues facing trans youth in schools today.”

Booker, who has long supported LGBTQ rights, said that he considers equality a moral issue that everyone should be concerned about.

“I think that this is a moral moment in America and that the next president has to be someone that understands that there’s a restoration of the best of our values,” he said. “It has to be done from that office by elevating how we are rendering populations in this country invisible. Marginalizing them is just not acceptable to me.”

“So I hope that one day very soon — let’s call it maybe less than two years — that Avery, my niephew, and other great trans leaders in the youth community have a seat at the White House to talk about issues.”

During the interview, Booker also mentioned transgender rights pioneer Babs Siperstein as his “activist inspiration” and a “legend” in New Jersey.