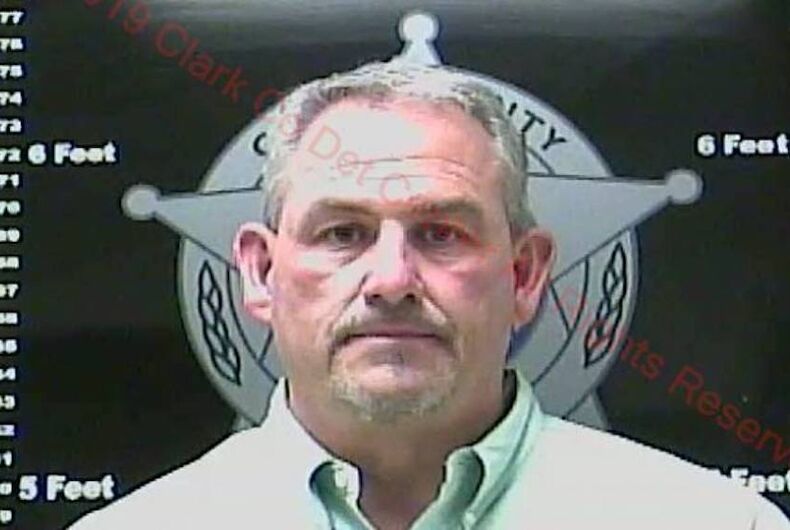 The last time Wilson made the news, it was for banning books with LGBT content from a different school’s curriculum so the literature didn’t “corrupt” the students.

The school system said it was “shocked and dismayed” about the allegations against Wilson and is cooperating fully with state police and prosecutors.

In 2008, Wilson and other school administrators objected to a handful of young adult novels that included LGBT themes being used in an English class. The books were optional and not required, but one parent took offense, saying Lessons From a Dead Girl by Jo Knowles was “soft pornography.”

The novel and three others, Twisted by Laurie Halse Anderson, Deadline by Chris Crutcher, and Unwind by Neal Shusterman, were all yanked from the classroom despite “not a single official challenge had been filed, as board policy required for a book to be suspended,” according to the teacher.

The principal of the Kentucky high school who fought to ban my book, LESSONS FROM A DEAD GIRL (for "homosexual and other…