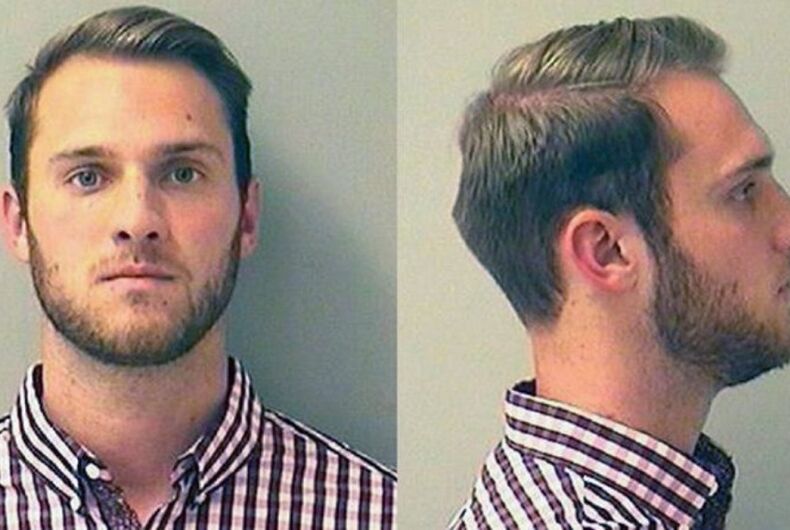 A youth minister at an anti-LGBTQ megachurch has been arrested for allegedly sexually abusing an underage teen boy.

Paxton Singer, 24, is the youth minister at the Harvest Bible Chapel in Aurora, Illinois. The church’s bylaws say that “marriage involves the sacred joining together of one man and one woman in faithful, permanent union” and say that homosexuality and bisexuality are sexual sins that people should abstain from. The church doesn’t allow women in church positions where “they exercise authority over men.”

Investigators believe that Singer has been making inappropriate advances toward an unnamed 16-year-old boy.

Singer allegedly told the boy that the two should spend a weekend alone together. He asked the boy invasive questions about his sexual habits and asked him for naked pictures.

Police believe that he met the boy at a church event in 2016. Afterwards, he sent the kid sexually charged text messages from October 2016 and August 2017.

The church was notified at some point and he was “terminated without cause” in January 2018.

Church leadership said that the Illinois Department of Children and Family Services (DCFS) was notified the same day, but a DCFS official told the Chicago Tribune that the charges actually stem from a call made to their hotline months later.

After an investigation, DCFS recommended Singer be indicted for sexual exploitation this past October.

He is being charged with two misdemeanors: disorderly conduct and sexual exploitation of a child.

Singer also worked at a separate Harvest Bible Chapel campus in Rolling Meadows, Illinois. Church leaders said that there were reports that Singer behaved inappropriately toward three other male teens at that campus.

The judge in his case ruled on Friday that one of the other teens can testify about allegedly inappropriate text and Snapchat messages that Singer sent him. Even though Singer is not being charged for anything he did with that teen, the judge said that the behavior is similar enough to be relevant for the charges that stemmed from Singer’s behavior with the other teen.

A third teen will not be allowed to testify because he was 17 at the time and that’s the age of consent in Illinois.

Evangelicals finally find a reason to criticize Trump: He curses

This mayor just came out as gay at age 58. He says he should have done it sooner.