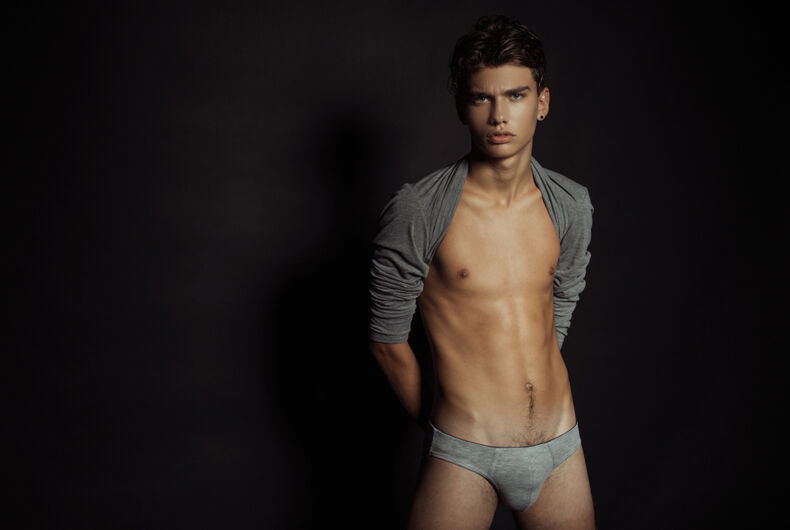 Clothing manufacturer Tommy John uncovered a dirty secret when they polled people about their underwear: it turns out that 45% of Americans wear their undies for two days or longer before tossing them in the wash.

2,000 people were surveyed by the chain, which asked not only about how long underwear is going between washes, but also how long they’ve owned some of their skivvies.

Even though it is considered appropriate to change your underwear daily, almost half of the respondents have worn the same pair for a minimum of two days, with 13 percent saying they don’t change their undies for a week — or even longer.

Perhaps it isn’t a surprise, too, that men are two and a half times more likely to wear their undies a week or more: 20% of men are likely to do so, compared to 8% of women. Let’s hope these folks are at least doing their best to keep their nether regions clean.

Related: In this US city, women are using paper towels & tissues because they can’t afford tampons

While undies may be staying on longer, they’re also being kept for long periods of time. While some recommend discarding underwear after roughly six months to a year due to bacterial buildup, when the retailer asked 1,000 people how long they’ve kept their oldest undies, they discovered that nearly half (46%) have kept theirs for a year or more.

What’s more, 38% of those same participants couldn’t even tell you how long they’ve had their underwear.

Unlike the amount of time a pair is worn, however, the numbers for length of ownership were pretty evenly split for men and women — both of these genders are simply holding into their underwear too long.

It’s worth changing out the old pairs, too: even clean undies can contain up to up to 10,000 living bacteria that can lead to all sorts of nasty illnesses.

You may not have to go to a premium retailer to get them — but please, your mother was right: go change your underwear!