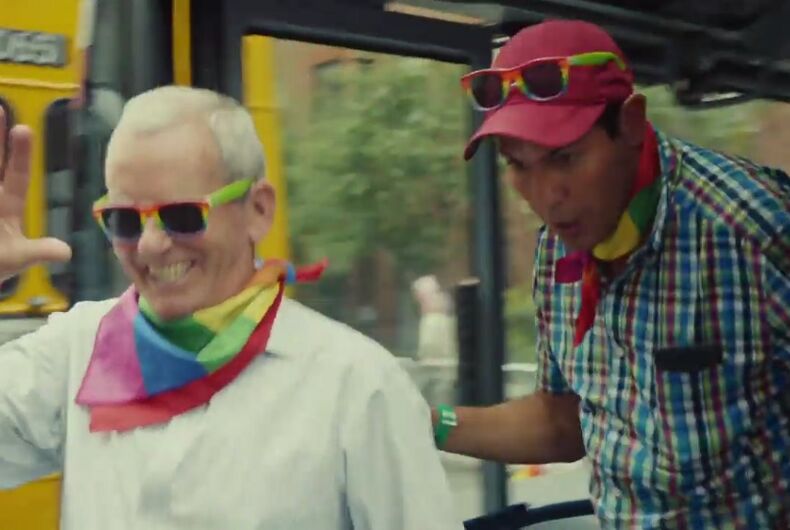 A new ad for Dublin Bus was released this week that celebrates LGBTQ elders and Pride.

The ad, entitled “The Long Road To Pride,” tells a few of the elders’ stories.

One gay man said that, when he was younger, he told his doctor that he couldn’t live without affection. “What right have you to affection?” the doctor responded.

A lesbian said that she knew when she was a kid that “there is something mentally or physically wrong” with her because she hated wearing a dress for her Confirmation.

Related: This elderly man attended his first pride parade & the look on his face is pure joy

A trans woman said that she would dress as a girl but stay indoors.

Younger LGBTQ people appear in the ad and say that the elders “fought for our right to be who we are,” so they want to invite them to Pride.

They all got on a big bus and went to Pride.

“I never expected to anything like this in my life,” the lesbian said. “30 years ago I couldn’t do this.”

Nivea doesn’t ‘do gay,’ according to an ad agency that just dumped them