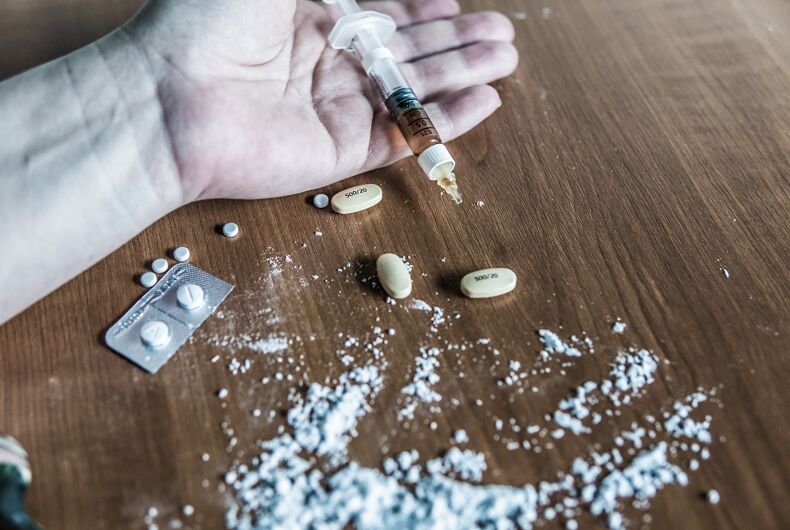 After the death of two men in an apartment in West Hollywood on May 5, the city as well as two local non-profits have banded together to provide tests of drugs to make sure they aren’t laced with fentanyl.

The Los Angeles County Coroner’s Office confirmed that 21-year-old Devon Jacob Lopez-Bergman was found dead in the apartment due to the effects of a combination of cocaine, MDMA (aka ecstasy), and fentanyl.

Fentanyl is a potent pain reliever. A synthetic opioid usually prescribed for severe pain, it is 50 to 100 times more potent than morphine, according to the Centers for Disease Control and Prevention (CDC).

A second man, 53-year-old Vaughn York, was found dead at the same location. His cause of death has not yet been determined.

Lopez-Bergman’s death is highlighting a growing number of similar fentanyl-related deaths in West Hollywood. As a result, the city is taking action, providing ways for drug users in the area to check for fentanyl contamination.

In street use, fentanyl is often illegally produced and sold as an alternative to heroin. It is also often used in combination with cocaine or heroin to enhance the drug’s effects, often without a user’s knowledge.

The West Hollywood City Council is allocating $20,000 to both APLA Health and the Los Angeles LGBT Center so they may provide testing strips to identify fentanyl. Strips will be available at the Center’s West Hollywood location and elsewhere, as well as the APLA’s Glen Health and Olympic locations.

Additional funding is going to the APLA’s Health and Wellness program for an educational campaign to explain the risks of Fentanyl and other drugs.