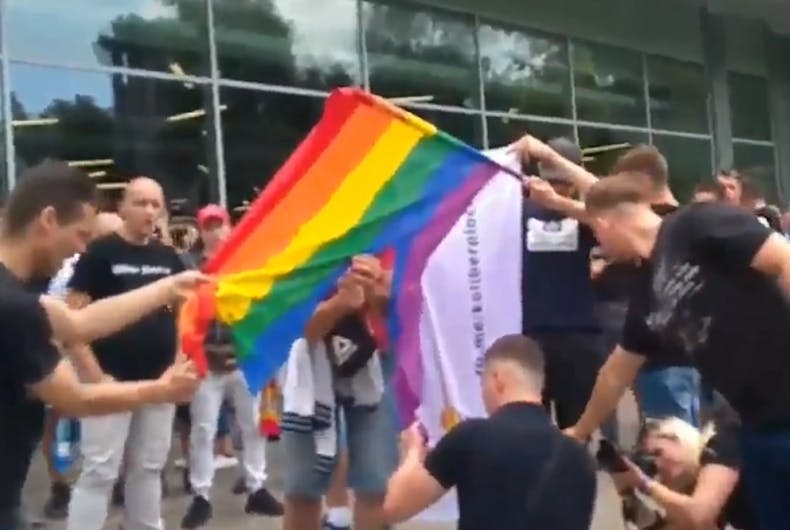 The city of Bialystok, Poland, was having its first Pride celebration on Saturday, and an estimated 1000 supporters marched. But over 4000 far-right counter-protestors showed up, shouting slogans like “God, honor, and motherland” and “Bialystok free of perverts.”

The counter-protestors threw objects at the Pride marchers.

25 counter-protestors were arrested by police, who used tear gas and pepper spray to disperse the crowd.

“I am trying to see this in a joyful way, but this march is also sad for me because I did not think it would be as dangerous as it is,” Pride marcher Anna Pietrucha, 26, told CNN.

“We are in the middle of an ongoing wave of hateful propaganda, which is fueled by both the state and the Catholic Church,” said Hubert Sobecki of the LGBTQ organization Love Does Not Exclude.

Earlier this month, 30 cities in Poland declared themselves “Free of LGBT ideology.”