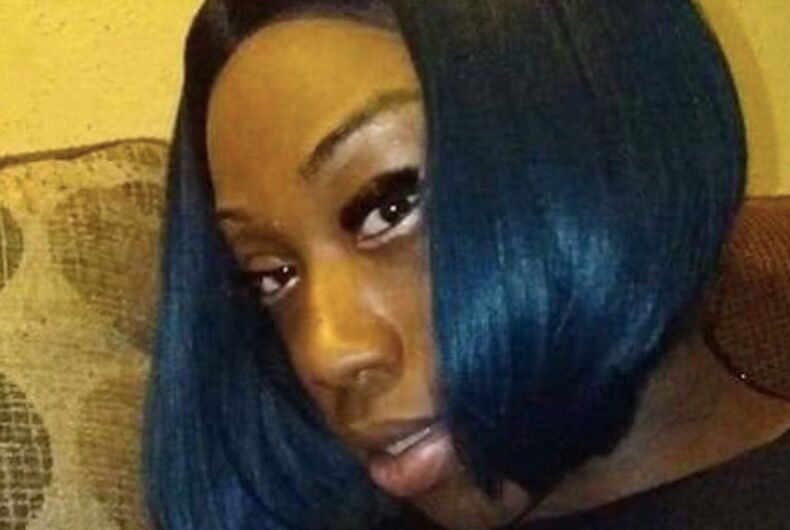 A 29-year-old transgender woman named Denali Berries Stuckey was shot, killed and left on the side of the road this weekend in North Charleston, South Carolina according to TransGriot.com.

The Human Rights Campaign (HRC) says Stuckey is one of at least 12 trans women to have been murdered in the U.S. this year alone.

The deputy coroner initially identified Stuckey by her deadname and incorrectly identified her as male. Police have no suspects at this time and are not investigating the murder as a hate crime.

While this is horrible news, elsewhere, a man has been arrested and charged for the murder of 23-year-old Zoe Spears, a trans woman who was shot, killed and left in public in a Washington D.C. suburb during Pride month.

Local police arrested 33-year-old Gerardo Thomas in connection with Spears’ murder. A black-and-white surveillance photo of a Dodge Caravan helped lead police to Thomas. But police say that during questioning, Thomas gave no indication that he knew Spears was transgender or her sexual orientation, making them doubt that anti-LGBTQ bias played a role in her murder.

Spears’ body was found less than half a mile away from where trans woman Ashanti Carmon, 27, was shot and killed on March 30. But Thomas is not currently a suspect in Carmon’s murder, which is still under investigation.

The arrest of a suspect is good news insofar as it conveys to other would-be-attackers that they can’t harm our community and get away with it.

In the HRC’s report of trans murders in 2019, the organization writes:

While the details of these cases differ, it is clear that fatal violence disproportionately affects transgender women of color, and that the intersections of racism, sexism, homophobia, biphobia and transphobia conspire to deprive them of employment, housing, healthcare and other necessities, barriers that make them vulnerable. HRC Foundation’s “Dismantling a Culture of Violence” report demonstrates how anti-transgender stigma, denial of opportunity and increased risk factors compound to create a culture of violence.