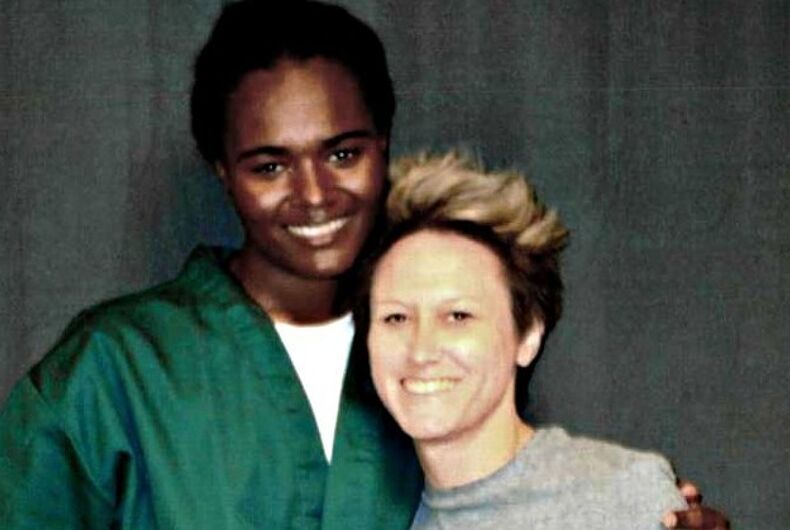 A transgender woman who faced discrimination, assault, and rape in a men’s prison in Colorado just won a settlement with the state. Her lawyer said that the settlement is “a very important step that the state of Colorado has taken to acknowledge this community.”

Lindsay Saunders-Velez, 21, was put in prison in 2017 for violating the terms of a plea deal, and she was sent to a men’s facility.

According to Colorado Attorney General Phil Weiser, where transgender inmates are housed is determined on a “case-by-case basis.”

Related: A North Carolina prison forces this woman to shower with dozens of men

But according to her lawsuit, Saunders-Velez faced discrimination from staff and violence from other inmates. Staff deadnamed her and refused to use “she” pronouns when referring to her.

She also said that she wasn’t allowed to purchase women’s items and that her request to only be searched by female guards was denied. Saunders-Velez had a privacy curtain around her toilet in her cell, but other inmates repeatedly tore it down when she was using the bathroom. She was threatened and assaulted.

In 2017, she was raped in prison. She was moved to a different prison in the state, and there she was sent to the punishment pod after a guard claimed he saw her kissing another inmate. She denies that she did.

She tried to get out of being sent to the punishment pod with help from her lawyer because she had previously been threatened by men who were also there. But a federal judge refused her request and, hours later, a man raped her.

Saunders-Velez was put in solitary confinement after that.

A spokesperson for the attorney general said that the state does not admit any liability in the settlement, but several policy changes have been made as a result of the suit, including sensitivity training for staff and more responsibilities for medical providers when it comes to transgender inmates.

Saunders-Velez is scheduled to be released this fall.

A Christian mom thought she couldn’t support her son’s marriage. But she went in a rainbow sash.