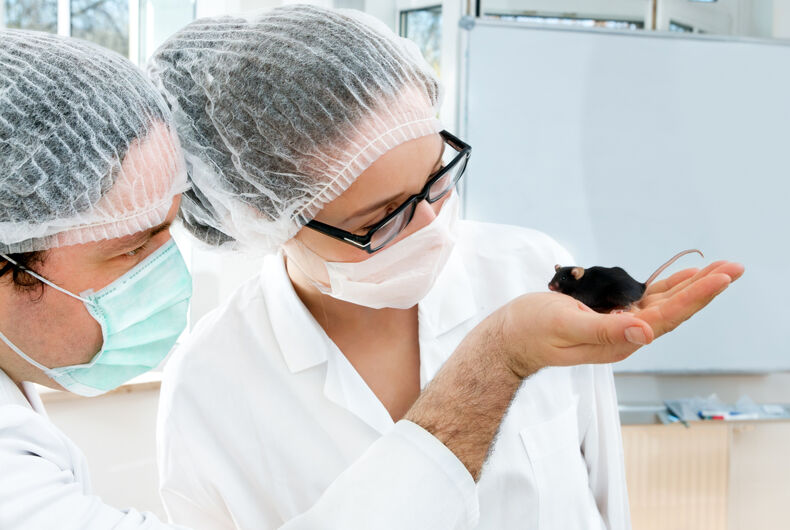 Scientists from Temple University and the University of Nebraska Medical Center say they have successfully eliminated the HIV virus from live mice in a groundbreaking procedure that combines gene editing and antiretroviral medication. Now they’re hoping to get approval to test the “cure” on humans.

The team of scientists managed to remove HIV from nine out of 23 mice infected with the virus. The animals had been modified so their immune systems would resemble humans’.

Kamel Khalili, one of the study’s senior investigators, says that clinical trials for the gene editing portions of the procedure could start as early as next year if they Food and Drug Administration approves the testing. Khalili told the Washington Post that a tool called CRISPR made it all possible.

“We knew what we needed to do, but the technology was unavailable,” he said.

Antiretroviral therapy, a combination of drugs administered daily, can keep the virus at bay, but it’s not a total cure. The virus cannot be transmitted if the therapy has lowered the amount of HIV in the body to undetectable levels.

Khalili’s team found a way to remove large amounts of HIV from the mice’s DNA, but it took the drug regimen to lower the amount of virus in the body so the gene editing could have better results. The scientists developed their own experimental drug that acts over a longer period of time than current medication.

“If you can reduce the amount of virus that’s left for CRISPR, the likelihood that the CRISPR will be effective will go up enormously,” Howard Gendelman from UNMC told the Post.

If the scientists are able to move forward with testing, they will need to use standard medication since their experimental drug isn’t approved for use.

Still, the team warns that finding the cure through the process could still take quite a bit of time. The differences between successfully accomplishing it with mice and replicating that in humans are huge and they would like to be able to increase the success rate in lab animals.

The scientists are in the process of publishing a separate study that details the use of the gene editing procedure on primates.