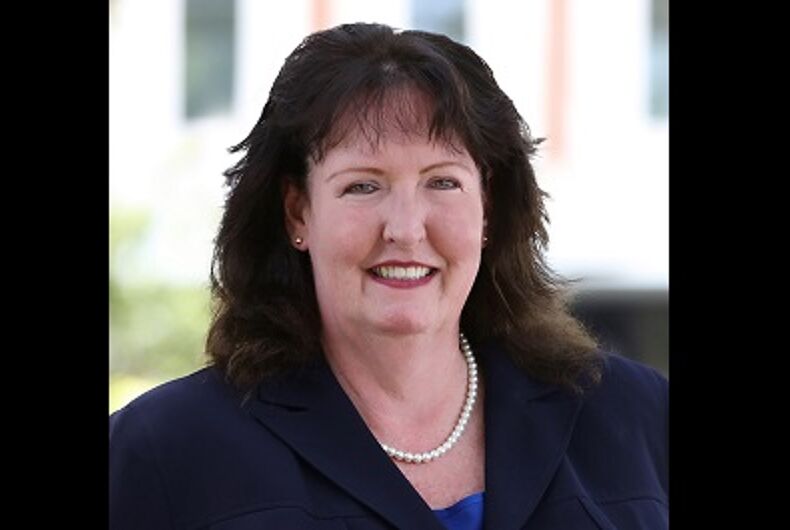 Elizabeth McCarthy, an out Democrat running for the Florida House of Representatives, has dropped out of the race and admitted that she concocted an elaborate web of lies to make herself look better to voters. McCarthy claimed she was a cardiologist that saved the lives of 32 victims of the Pulse nightclub shooting in Orlando.

“It is a false statement. I just made it up,” McCarthy said, according to an affidavit released Wednesday by the Florida Department of Health.

McCarthy is not a doctor, but as part of her campaign biography, she said she worked at the Orlando Regional Medical Center – including the night of the Pulse domestic terror attack. The center had no record of her working there nor did the Florida Heart Group of Orlando, her supposed employer.

Florida Politics has chased the story from the beginning and while she originally defended her lies to the publication, she dropped out of the race after the Department of Health started to investigate based off the outlet’s reporting.

“Yes, I was working that night. I removed 77 bullets out of 32 people, and helped with the triage,” she originally said. “It is really sad that this has become such a big deal.”

Now McCarthy has confessed to her deceptions, telling investigators she was “portraying a life that wasn’t true.”

“I wanted to be somebody in the community, and I’m sorry,” she said, according to the affidavit. “I’m sorry that I gave any impersonation. I knew it was wrong and I should have stopped — by no means did I ever mean to put anybody in jeopardy.”

The agency has fined McCarthy $3,094.95 and charged her with impersonating a doctor and therefore violating the state’s unlicensed activity laws.

‘LGBT-FREE ZONE’ stickers for businesses will be distributed in Poland