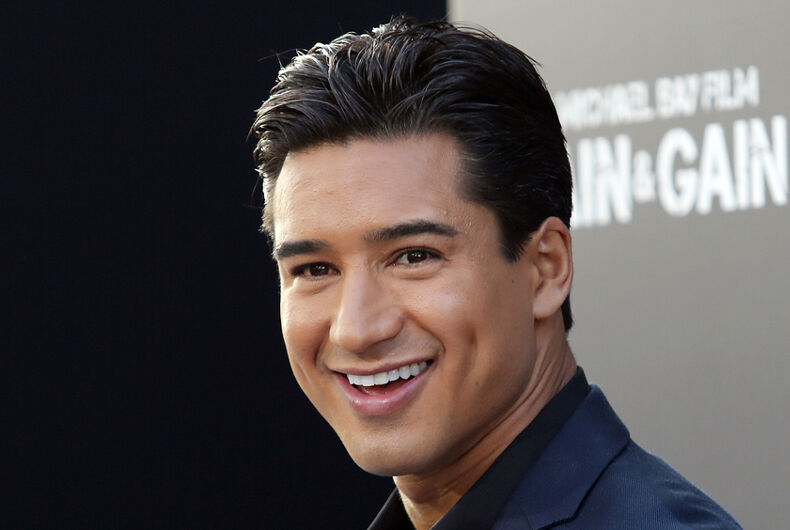 Mario Lopez, the actor and TV host who became well known for his role as A.C. Slater in the ’90s-era teen series Saved by the Bell, criticized the parents of transgender children during his appearance on The Candace Owens Show, saying that allowing kids to assert their gender at a young age may be “dangerous” and have “repercussions” later on.

He has since apologized.

Though the interview originally took place in June of this year, his comments have only recently received greater attention.

The discussion kicked off when Owens — a pro-Trump supporter who is conservative commentator and director of communications for Turning Point USA — mentioned that Charlize Theron’s seven-year-old child recently identified as transgender.

“One of the weirder trends for me at least to try to process is this new trend where celebrities are coming out … and saying that their child is picking their gender.”

“The things that come out of children’s mouths, they are just, they say whatever in the moment. You don’t know what they’ve seen on TV, what got in their head, and I’ve heard children say they were mermaids, I’ve had children say they could fly and jump off of a staircase and thank God I caught him, right, because he thought he could be Superman.”

“I am trying to understand it myself. Please don’t let me into that hole. I’m kinda blown away too. Look, I’m never one to tell anyone how to parent their kids and I always say if you come from a place of love you really can’t go wrong and at the same time, my God, if you’re three years old and you’re saying that you’re feeling a certain way or you think you’re a boy or girl, whatever the case may be, I think it’s just dangerous as a parent to make that determination, ‘Well then okay, well then you’re gonna be a boy or girl,’ whatever the case may be and it’s sort of alarming and my gosh I just think about the repercussions later on and…”

Owens compared it to her “tomboy phase” when she wore boys clothes and put on a deeper voice, adding, “You can’t make a decision about your sexuality when you’re three years old.” She also stated that if parents shave their kids’ heads once they announce their transgender identity, that may make them more depressed once they go through puberty and change their minds.

Owens conflates gender identity and sexual orientation in her comments and it’s obvious that she and Lopez don’t have the facts. Psychological experts say that a child can only be understood as actually trans when their trans identity is “insistent, consistent and persistent.”

No medical or mental health expert would immediately declare a child as trans after they said, “I’m a girl/boy,” once. A child’s trans identity would have to asserted by the child repeatedly, against claims to the contrary and over a long period of time.

In the past Owens told CPAC attendees that because she has “never been a slave in this country,” racism is over. She also defended Adolph Hitler, saying he wasn’t a “nationalist” like Trump, he was a “globalist.”

Here is video of Lopez’s appearance on The Candace Owens Show.

“The comments I made were ignorant and insensitive, and I now have a deeper understanding of how hurtful they were. I have been and always will be an ardent supporter of the LGBTQ community, and I am going to use this opportunity to better educate myself. Moving forward I will be more informed and thoughtful.”

Can people of color be racist?