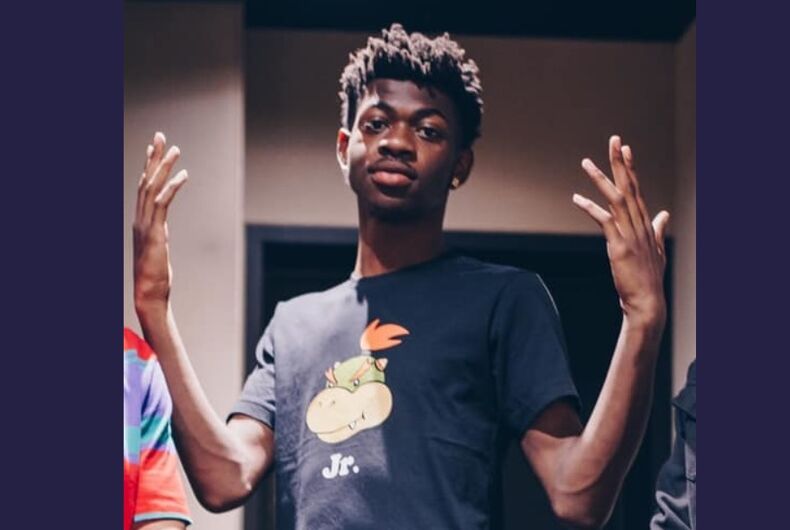 Musician Lil Nas X lashed out on social media against people who have been sending him homophobic messages since he came out.

Chart-topping rapper Lil Nas X came out in a set of tweets earlier this week. While most of the public responses have been positive, it doesn’t take much searching to find negative comments.

That’s it I’m not ever listening to @LilNasX cos I don’t wanna turn gay but damn I feel so disappointed why would he do that cos it’s even written in the Bible not to live you fellow man it’s a sin damn I’m done with lil bad x the chapter ends here BYE!!

Or people who went out of their way to say they can’t “support” him.

Damn. I mean Idk how to feel about this. This is too big of a thing to joke about so I think he actually is a Homo. Damn. I can never look at him the same way anymore. I mea. Idrc I can respect him as a human, but I don’t really support this shit. I can definitely respect him tho

Others posted video of them deleting his songs.

Some people on Twitter sent offensive memes that were transphobic, referenced bestiality, or were just about how gross they think gay sex is.

There are so many that are public, and who knows how many he’s been receiving privately.

So Lil Nas X responded en masse to everyone sending him offensive messages.

next nigga to say something offensive to me getting kissed

say one more home of phobic thing to me

He joked about the people who said they won’t listen to him anymore.

just got news that i’m gay and i will no longer be streaming my music. i’m sorry that shit is just not ok.

And he responded to those who said that his hit single “Old Town Road” wasn’t about being a cowboy and riding horses, but was about gay sex or sex with horses.

Some of his fans loved the clapbacks.