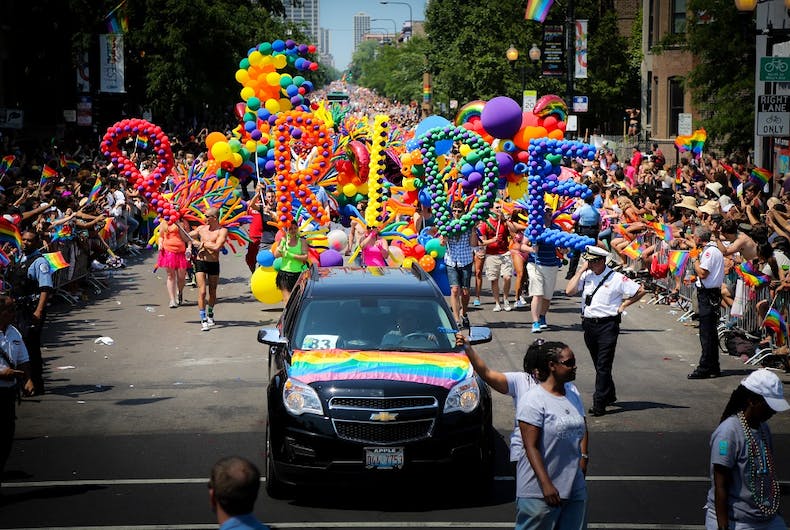 The governor of Illinois signed an executive order to help protect transgender students on the day that Chicago’s pride parade was scheduled.

25 people will be appointed to the task force and will study what schools in the state are doing be “affirming and inclusive for transgender, nonbinary, and gender nonconforming students.” Their report is due by January of next year.

Related: An attack ad for an LGBTQ-friendly Republican shows a bizarre gay marriage

The order also orders the Board of Education to develop procedures that address issues like pronouns and names, school records, and dress codes.

“Ending the intolerable levels of discrimination and violence against our transgender community starts here – in our schools – by making the values of tolerance and respect just as much a part of our educational cultural as academics, athletics, and the arts,” said Chicago’s out mayor Lori Lightfoot, who attended the signing ceremony.

The LGBTQ organization Equality Illinois said that, while the executive order is a positive step, concrete action is needed.

While the signing was supposed to happen on the day of Chicago’s Pride festivities, the parade was cut short due to severe weather.