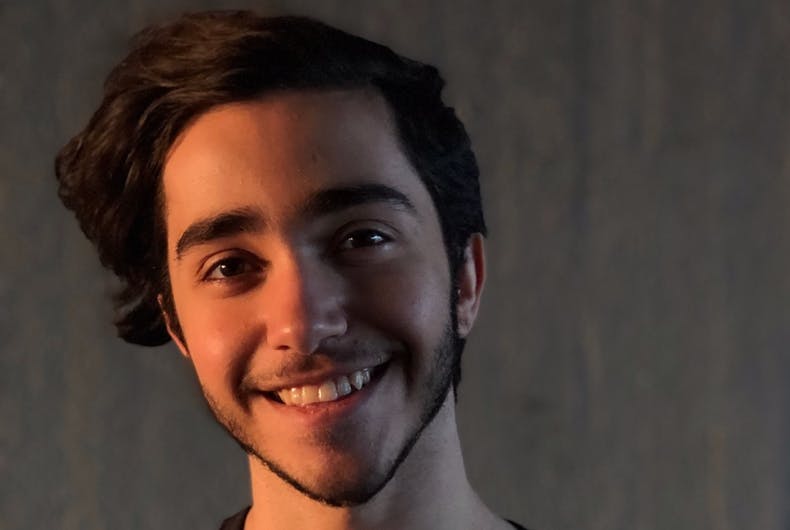 A gay teen from Iran was told he has three weeks to leave Sweden after his asylum claim was rejected. Mehdi Shokr Khoda, 19, is Christian and said that he fears for his life if he is forced to go back to Iran.

“I cannot live open as a gay in Iran,” Khoda told Gay Star News. “They won’t understand something about you. They will just kill you first.”

Last year, the Migration Board in Sweden rejected Khoda’s asylum claim, saying that he there wasn’t enough evidence that he is gay and Christian.

In appealing the decision, Khoda’s boyfriend of 18 months Carlo Rapisarda, 22, appeared before the board.

“We live together, we love each other, we’ve known each other a long time. Isn’t that evidence enough?” Rapisarda asked.

Related: Austria tells a teenager that he’s not stereotypically gay enough to get asylum

But apparently that wasn’t enough, since, he said, there’s no foolproof test for whether someone is gay.

“There’s not a scientific way. You can’t hook him up to cables and check.”

The Swedish Federation for LGBT Rights also wrote a letter on Khoda’s behalf.

“There’s no doubt,” the letter said. “Mehdi is gay and in need of protection.”

The Migration Board rejected Khoda’s appeal, saying that he was unable to explain his coming out process.

Khoda signed a paper saying that he had three weeks to leave the country. Even though he will not be forcibly put on a plane, he will have to live as an undocumented person in Sweden if he stays.

Now that his case has gotten international media attention, he is sure that Iranian authorities will figure out that he’s gay.

Authorities in Iran “will absolutely figure it out,” Khoda said. “They’ll ask questions.”

“If they find out I’m Christian or I’m gay or I tried to seek asylum, they will not understand that,” he said. “They will execute me.”

While he and Rapisarda could get married, they can’t organize a marriage in such a short time in Sweden.

There are an estimated 300,000 Christians in Iran and there have been Christians in Iran for almost 2,000 years. Recently, though, the government has cracked down on converts to Christianity, which can be punished with ten years in prison.

Khoda was baptized in Sweden, and the Migration Board said that his “thoughts and reflections” on Christianity weren’t good enough to prove that he is really Christian.

They are planning to appeal this decision, saying that international media attention will make it impossible for Khoda to return to Iran. They have started a GoFundMe to help with legal fees.

Christian dressmaker refuses service to lesbian couple, but offers to convert them instead

A Christian mom thought she couldn’t support her son’s marriage. But she went in a rainbow sash.