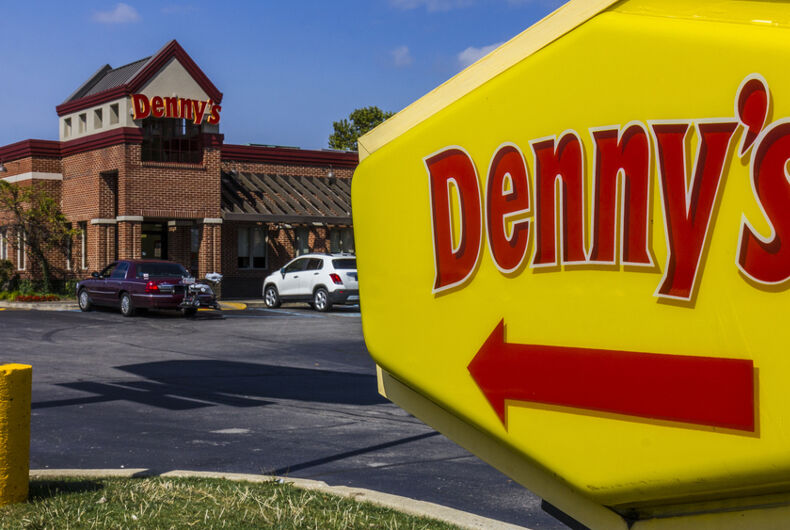 A customer at a Shelby, North Carolina, Denny’s called police to report a 22-year-old trans woman who used the same bathroom as his wife.

When police arrived, they said she hadn’t broken any laws. In response to the incident, the national restaurant chain announced that all of its bathrooms are open to trans people, regardless of local laws or biases.

After the man called the cops on the trans woman, the woman and the man got into a dispute which gradually escalated, leading the woman to allegedly spit at the man and his family. The woman was charged with disorderly conduct.

In a company statement, Denny’s said that it “does not tolerate discrimination of any kind” and expects customers to treat people equally, according to WSOCTV.

North Carolina became infamous in 2016 for signing HB2, a law which banned trans people from using the bathroom matching their gender identity. The state lost an estimated $560 million in revenue from businesses and visitors that refused to visit after HB2 was passed; the law also contributed to the re-election loss of then-governor Republican Pat McCrory.

Related: The extremist behind North Carolina’s anti-trans bathroom law is running for the House

But even when the law was repealed in January 2017, it didn’t grant bathroom access to trans people. Rather, it left bathroom regulation up to state lawmakers, essentially returning North Carolina to the status quo before its city of Charlotte passed a 2016 ordinance allowing trans people to use restrooms matching their gender identity.

However, the HB2 repeal said that cities and the state can’t pass any pro-trans bathroom ordinances until December 1, 2020, essentially leaving trans people subject to the court’s interpretation of current state law rather than giving them an ironclad law that unequivocally states their right to public accommodations.