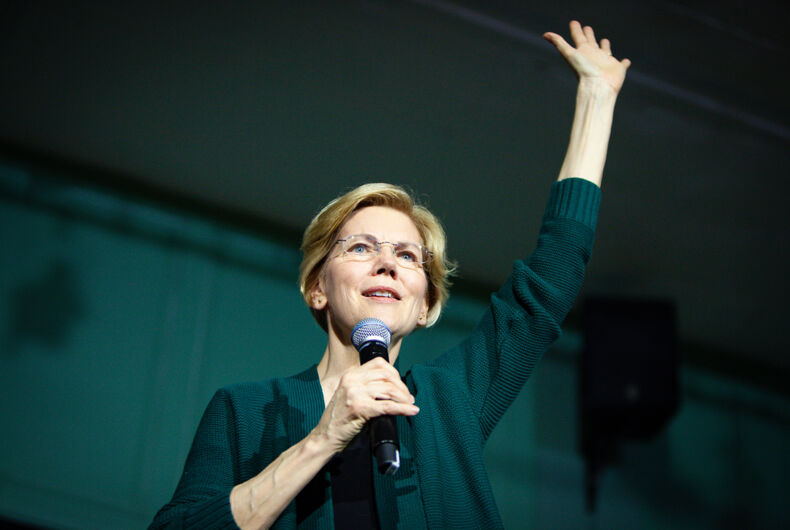 “Stating your pronouns publicly as a cisgender ally sends a strong signal of support to the LGBTQ community but particularly transgender and non-binary people that they are seen, accepted and supported,” HRC spokesperson Lucas Acosta told NBC News after Warren updated her Twitter account to include the pronouns “she/her.”

“Elizabeth is committed to running an inclusive campaign, and wants every person to know that they are welcome in this movement,” Warren campaign spokesperson Alexis Krieg said.

Related: Over 20% of Sanders supporters say they’ll vote for Trump if Buttigieg or Warren win

Warren recently introduced a bill that would allow same-sex couples to file joint amended tax returns to collect refunds from when they were married but before the federal government recognized those marriages.

In 2004, Massachusetts became the first state to recognize marriage equality. But until the 2013 U.S. v. Windsor Supreme Court decision, the federal government did not recognize same-sex marriages, which meant that married couples had to file federal taxes as if they were single, and usually they paid more.

People can file amended tax returns for up to three years after they originally filed, but the Refund Equality Act would allow same-sex couples who were married before 2013 to file for the entire time that they were married.

Conservatives are now getting triggered by Elizabeth Warren using a few characters in her Twitter bio to show solidarity, respect and understanding for the trans community as it faces an epidemic of violence. 🤦‍♂️ https://t.co/k6RFh9QOPr