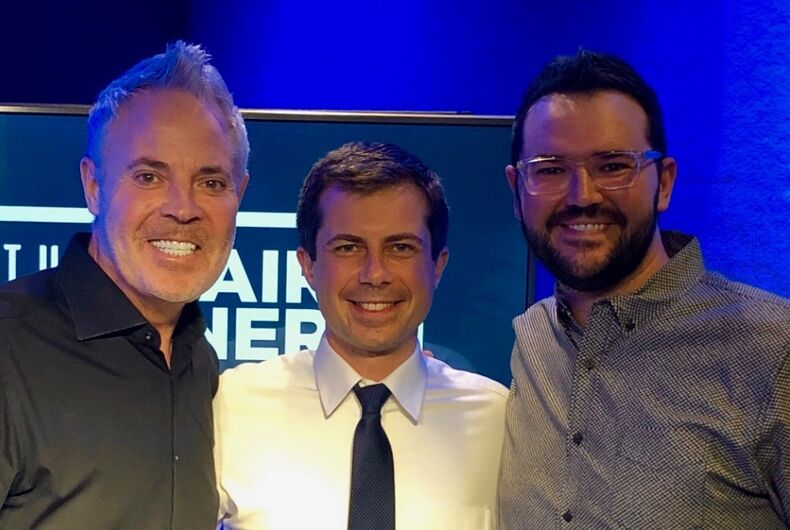 A conservative network of radio stations is refusing to air an interview with South Bend Mayor Pete Buttigieg (D).

The 2020 Democratic presidential candidate did an interview with Blair Garner on his Nash FM show. The show is usually about country music. Garner said that Buttigieg reached out to him.

“I think that our base tends to be more conservative,” he said during the interview. “And the fact that you, from the Democratic ticket, are the singular candidate to reach out and to say, ‘May I please be on your show?’ That you are reaching out to our listeners ― I think we all have to embrace that and be appreciative of that.”

My interview with @PeteButtigieg. The only candidate who asked to be on my show. My employer decided I couldn't air it – but I did get permission to post it on my personal Soundcloud here: https://t.co/Sqi0bOTyQ1 @Lis_Smith pic.twitter.com/0K88w3cA49

But Cumulus Media, which owns 428 stations, is refusing to air the interview, citing the Equal Time Rule.

“The decision was made by local programming management based solely on concerns related to the application of the FCC’s Equal Time Rule,” the radio corporation said in a statement.

The rule was considered “because of the large number of political candidates currently in this race.”

Buttigieg’s campaign has said it’s “obviously disappointed” with the decision.

“It’s important to Pete to reach voters everywhere,” Buttigieg campaign communications advisor Lis Smith said in a statement. “We’ve made it a point on this campaign to go outside the traditional political media bubble ― that’s why we reached out to Blair about an interview.”

“[Garner] has a big audience,” she added. “And it’s an audience that doesn’t typically hear directly from Democratic candidates for president.”

“It is an incredible act of cowardice for a company who’s slogan is ‘Where Every Voice Matters’ to censor an interview with someone who, for the first time ever, thought it was worthwhile to engage the country music audience in a conversation about the future of our country,” he said.

“I hope the executives at Cumulus reconsider their directive to censor Blair’s interview with Pete. Country radio should be on the frontlines of breaking stereotypes and promoting diversity of thought.”

Garner posted the interview to Soundcloud.

My interview with @PeteButtigieg. The only candidate who asked to be on my show. My employer decided I couldn't air it – but I did get permission to post it on my personal Soundcloud here: https://t.co/Sqi0bOTyQ1 @Lis_Smith pic.twitter.com/0K88w3cA49