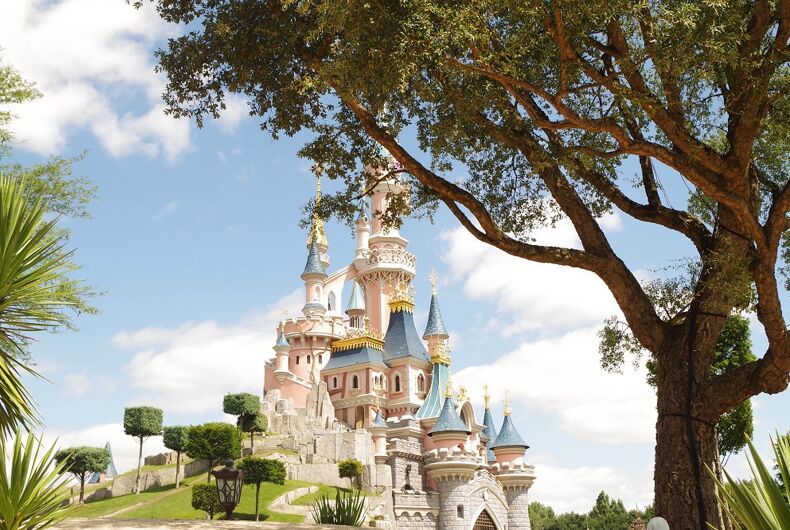 A conservative Christian organization has started a petition to get Disney to “stop LGBT indoctrination around the world.”

CitizenGO USA is a Michigan-based organization that wants to “defend and promote life, family, and liberty.” National Organization for Marriage (NOM) president and prominent anti-LGBTQ activist Brian Brown sits on their board.

Their latest action is attacking Disney for being too pro-LGBTQ, and they’re trying to get either half a million or a million signatures (the site isn’t very clear). Their main complaint appears to be the “Magical Pride” held at Disneyland Paris last month.

“Disney is flaunting its new partnership with the ‘LGBT’ community,” their website states.

Related: Strangers’ reactions to this couple’s Disneyland proposal will warm your heart

“They recently hosted their very first gay pride parade at Disneyland Paris. This event was an expansion of a small party they promoted in the park last year and was the first outright parade celebrating the gay lifestyle.”

This “deceptive move” will “expose children and families to lewd behavior,” they claim.

More lewd than Donald Duck walking around without pants for the last century: “Gay pride-related events are very public, with the potential to become an X-rated peep show.”

The site has a petition to sign that says, “Disney amusement parks are considered a safe place for families to enjoy time together.”

“But parents do not want Disney to indoctrinate their children with a political agenda. We will not hesitate to boycott Disney’s movies, products, and parks if this indoctrination continues.”

CitizenGO USA said it sent a previous petition with 400,000 signatures, but that didn’t work. So they need more signatures (and email addresses!)… that will be ignored too.

“Now, I ask you to help us generate one million petition signatures (or more!) addressed to the Walt Disney Company President & CEO (Robert A. Iger) and the Disney Board of Directors.”

In 1996, the American Family Association started a boycott of Disney, claiming that the corporation “actively promoted the homosexual agenda.” They called the boycott off in 2005 with nothing to show in terms of results. President Tim Wildmon said at the time, “We have made our point.”

And yet somehow Disney continues to ignore these extremists.