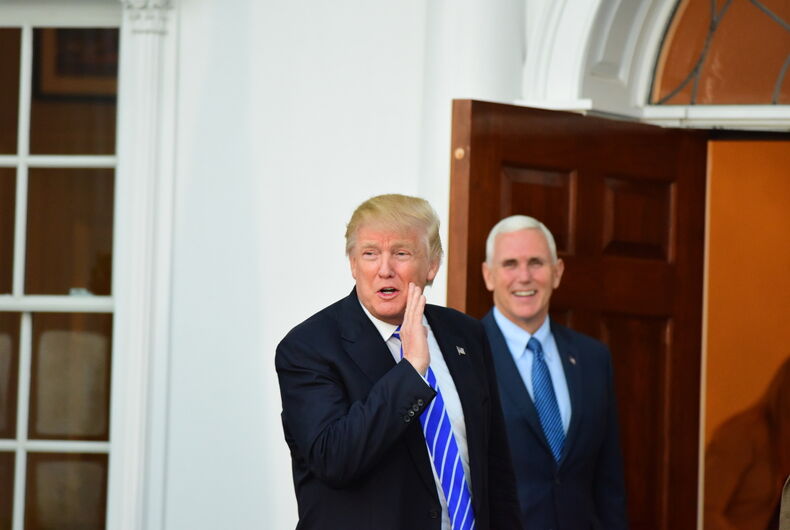 Donald Trump, however, is not known for his own loyalty. And he just proved it to Pence in a rather pointed manner.

Asked if Pence would have his backing for a 2024 bid for the White House during a “Fox and Friends” interview, Trump refused to support his own veep. He didn’t endorse Pence as presidential material, instead saying, “You can’t put me in that position.”

Related: Trump has been questioning Pence’s loyalty, according to White House advisors

Trump said he would have to evaluate the crop of candidates vying for the nomination, but would give Pence “strong consideration.” Which is the political equivalent of “I’ll text you sometime.”

Trump has been questioning Pence’s loyalty lately, but reporting late last year suggests he may be considering replacing Pence on the 2020 ticket.

During an Oval Office meeting with his advisors, the group allegedly showed Trump polling that indicated Pence didn’t add anything to the ticket in a 2020 run.

“They’re beginning to think about whether Mike Pence should be running again,” a White House insider said at the time.

Pence, a darling of the religious right, was added to shore up the evangelical vote. Trump’s nonstop pandering to the group, however, has solidified his support to the point he doesn’t need Pence.

“He doesn’t detract from it, but he doesn’t add anything either,” the source said.

Trump has long distrusted Pence ever since his 2016 response to Trump’s 2005 Access Hollywood comments admitting his sexual assault of women.

Pence, for his part, isn’t as dumb as he looks. He’s been quietly assembling his own team – including Trump’s former campaign manager, Corey Lewandowski – and has formed a political PAC that could signal his intent to mount his own bid for the presidency.

“He actually sort of heard in his being God’s direction and he thought that God was calling him to now be vice president and function as a president-in-waiting,” Pence’s biographer, Michael D’Antonio, told CNN earlier this year. “I think he’s positioning himself to be ‘the normal guy,’ the guy you can trust.”

45% of Americans think that federal law protects LGBTQ people from discrimination. It doesn’t.