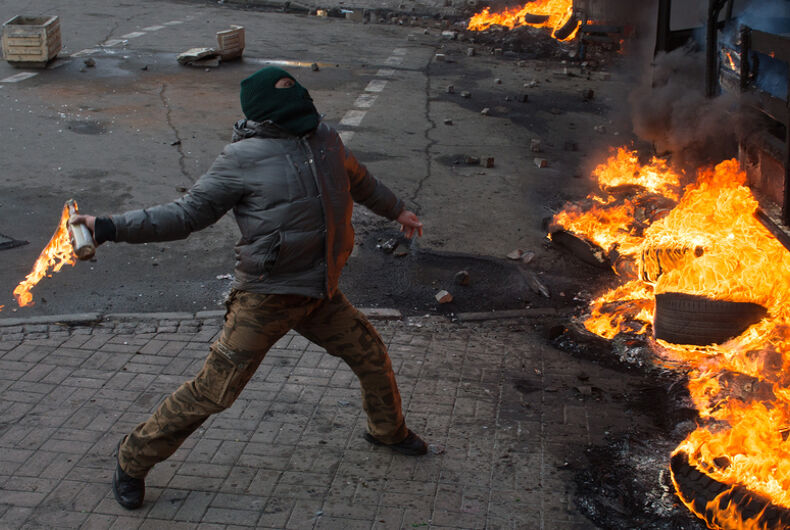 Buried in a a recent Hill-YouGov poll is this interesting nugget: 33 percent of respondents said they wouldn’t be surprised if something like the Stonewall riots happened in America today.

Perhaps that’s an indication of how bad things have gotten under Trump?

The Hill reports that only one-third to one-fifth of Americans from every generation reported knowing anything about the Stonewall uprising, the June 28, 1969 rebellion against police harassment that helped kick off the modern-day LGBTQ rights movement.

But here’s the kicker: “After the Stonewall raid was described to them, 54 percent of respondents said they would be at least somewhat surprised if something like that happened today, whereas 33 percent said they would be not very or not at all surprised.”

Read that again: One-third of Americans wouldn’t be surprised if LGBTQ people started breaking windows, burning cars and fighting police for their rights. That’s hardly permission to throw a brick, but it does suggest that a third of the country would see such an uprising as understandable.

The same poll also found that one-in-four of all Americans approve of Trump’s LGBTQ politics. This approval rate might sound much higher than it should be. But it should surprise no one that Republicans expressed higher rates of approval than Democrats, though “neither political party expressed overwhelming support.”

The poll also showed some signs for hope. Half of all respondents expressed support for federal non-discrimination protections banning anti-LGBTQ bias in housing, employment and public accommodations — basically the exact same things proposed in the Equality Act which the U.S. House passed with bipartisan support in May.

YouGov conducts their polls online and has an 88 percent rating of correctly calling political races.

Man arrested after threatening to ‘kill every gay person I can’ at St. Louis pride festival