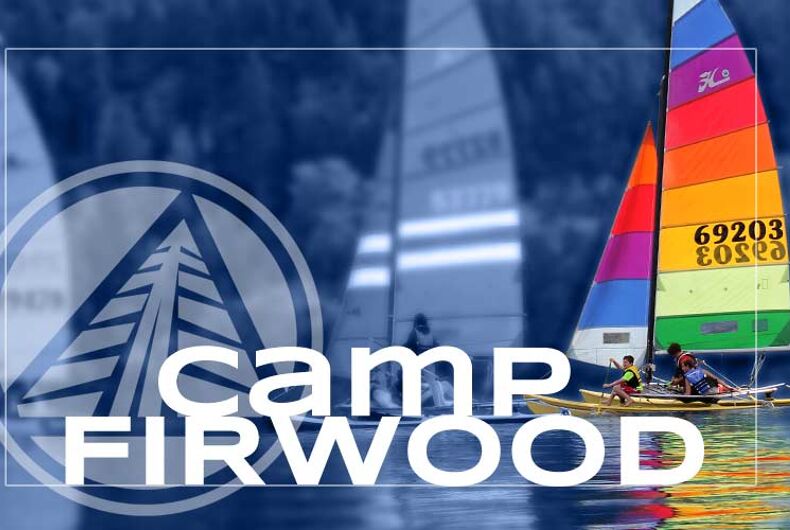 Camp Firwood is part of The Firs camps and retreats in Washington statePhoto: Promotional

Jace Taylor has been going off to summer camp at the Firs’ Christian Camp for years with his siblings. This summer, as he prepares to go off to college in the fall, he decided to apply to be a camp counselor at Fircreek, one of the organization’s many campsites. He was accepted.

Then the camp found out that Jace Taylor was gay when they spotted a photo of him and his boyfriend on social media. They called him into the office and promptly fired him.

“We recently extended an invitation for a young man well known and loved by many of us at The Firs to serve as a counselor at our Fircreek Day Camp program,” reads part of a statement from the Firs’ Executive Director Tom Beaumont, posted to Facebook.

“It became evident in the hiring process that he did not personally align with our Doctrinal Statement (regarding sexuality in particular). In this case, in order to be consistent to our Mission and Doctrinal Statement, we unfortunately had to withdraw our invitation to this young man, who we truly like, for this summer staff role.”

Related: Chick-fil-A is about to get thrown off another college campus for being antigay

“[Jace] is one of the most loving honest people you will meet,” said Jace’s father. “Wonder why people have issues with the Christian Church and it’s organizations? We are called to love everyone no matter what race, gender, sexual orientation etc. I realize they are private and can make their own rules but this is bull shit.”

“I am extremely angry and heartbroken for [Jace],” added James. “I would like to say a lot more 4 letter words.

James’ note has rocketed around the Firwood community of campers. In reaction, many others who have long been involved with the Firs’ camps are, like Jace’s father, questioning their continued support of the organization.

“When we saw the post we just thought ‘Wow, we can’t support this through our money or through any affiliation until they deal with this,'” Mike Soltis told the Bellingham Herald.

Solis has sent his daughter to the camp for the last four years, but has pulled her out over their policy. And other parents are also yanking their kids out of summer camp as the word spreads.

“We’re a Firwood family. We’re quite connected with the camp. It’s quite a personal and meaningful thing that’s happening to us,” added Soltis.

The Firs has remained firm in their policy, saying only that they “will continue to seek the appropriate means to carry out our mission in the context of a changing world while keeping our Missional and Doctrinal convictions.”

The families who pulled their kids out of camp have announced they will hold a different weeklong summer camp at another location in the area.

As a member of the LGBTQ+ community, I want to see change! I’m pissed and frustrated with the Firs. I dreamt about this for so long, and that was striped away from me because I was gay. pic.twitter.com/aNVRQDi0Go

3 teens arrested for brutally attacking a gay couple, but up to a dozen more remain at large