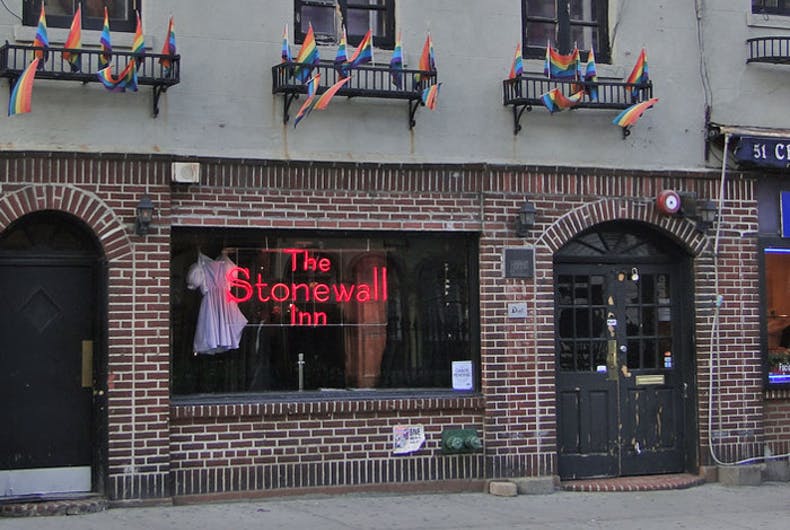 The theme for Pride month this year is “Looking back, Loving forward”. This week leads up to the 50th anniversary of the Stonewall riots that took place from June 27 to 29, 1969, in the Greenwich Village of New York City. The event is well-known because it galvanized LGBTQ activist movements here and abroad.

When I look back at the first night of the Stonewall Inn riots, I could never have imagined its future importance. I couldn’t have imagined the whitewashing of the event either. As with all iconic narratives, though, apocryphal tales abound, along with questions about the truth.

According to many LGBTQ black and latinx folks, one of the reasons for the gulf between them and white people – and what prevented a united front against homophobia and transphobia in local and national politics – is how the dominant white queer community rewrote the narrative of Stonewall. Like with Pride events, for example.

The Stonewall turbulence started on the backs of working-class African American and Latinx queers who patronized the bar. The first night of the riots played out no differently from previous riots with black Americans and white law enforcement officers. And so it was underreported.

But I was there!

Friday, June 27, was the last day of school that year. My middle school cronies and I looked forward to a summer reprieve from protests against Italian, Irish, and Jewish public school kids being bussed into integrated neighborhoods.

However, the summer months in Brooklyn’s African American enclaves only escalated rioting between the NYPD and us. During this tumultuous decade of black rage and white police raids, knee-jerk responses to slights quickly set the stage for a conflagration, creating both instantaneous and momentary fighting alliances in these Black communities across gangs, class, age, ethnicity, and sexual orientations – all against police brutality.

That night of June 27 started no differently than any other hot and humid summer Friday evening in my neighborhood. Past midnight, folks with no AC or working fans in their homes were hanging out. The news came from one of our neighbors that “pigs”—a term we called white police officers in the 1960s—“across the bridge in Greenwich Village are beating up on black fa—ts right now!”

African American and Latinx patrons frequented the Stonewall Inn heavily and thus comprised the largest percentage of protestors on the first night of the riots. For homeless youth and young adults who slept in nearby Christopher Park, the Stonewall Inn was a stable domicile – and its being raided was nothing new.

In the 1960s, gay bars in the Village were routinely raided. As one commenter on T-VOX, an LGBTQ+ support forum, noted, “Race is said to have been another factor. The decision by the police to raid the bar in the manner they did may have been influenced by the fact that most of the ‘homosexuals’ they would encounter were of color, and therefore even more objectionable.”

On the first night of Stonewall, many of us who went to the Village did so to retrieve our loved ones and leave. It takes white privilege to fight the police, expect to walk away alive, and create a hagiographical narrative of white heroism.

Roland Emmerich’s 2015 film “Stonewall” spurred both shock and disappointment in moviegoers, historians, and LGBTQ activists, including myself. The film failed to depict an accurate story, and in its place presented a revisionist history. Emmerich apparently felt a more captivating narrative should center around a blond, blue-eyed, “straight-acting” Midwestern protagonist, likely in order to appeal to mainstream audiences.

“I didn’t make this movie only for gay people, I made it also for straight people,” Emmerich told Buzzfeed. “As a director, you have to put yourself in your movies, and I’m white and gay.”

In doing so, Emmerich’s doppelganger, Danny, reinscribes the trope of the white savior and action hero. Danny throws the first brick, setting off the riots while shouting “GAY POWER!”. Even though in real life, the shakers, movers, and brick throwers were poor and working-class black and Latinx LGBTQs.

I was disturbed by Emmerich’s “Stonewall”—not only because of its whitewashing, but also because of the enduring nature of this revisionist history.

Still today, trans communities of color are relegated to the margins of Greenwich Village. Nonetheless, many force their way in to become a visible and influential presence in our lives, leaving indelible imprints despite being confronted with transphobia and “trans-amnesia.”

The white-dominant control of the Stonewall narrative, meanwhile, must relinquish its hold to give way to a broader truth.

Pride in Pictures: Sydney’s Pride parade is one of the best in the world