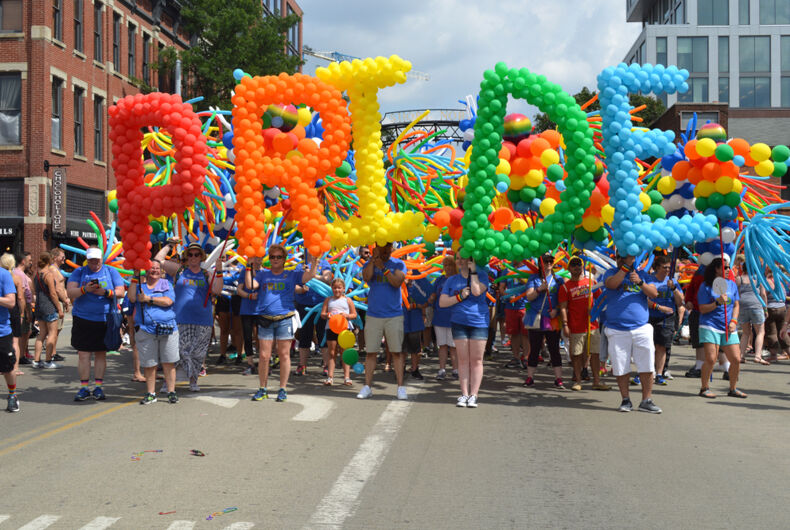 When the Stonewall riots erupted during the steamy pre-dawn hours of June 28, 1969, they quickly transformed what had been a small but longstanding push for queer equality into a mass movement. Multiple organizations were born in the wake of street protests triggered by the police raid of a Mafia-owned gay bar in New York City’s Greenwich Village.

It’s tempting to portray what came next as a march of relentless progress, but that characterization ignores the episodic nature of social justice struggles. Just as with the civil rights movement, labor organizing, women’s rights, or any other group’s battle against oppression, progress for the queer community arrived in fits and starts.

It’s true that notable gains followed the days-long uprising outside the Stonewall Inn on Christopher Street. But much of the post-riot momentum had dissipated by its tenth anniversary, the casualty of fragmentation, complacency, and a rising tide of conservative resistance. If Stonewall had been the enraged reaction in 1969 to stifling oppression, the elevation of Ronald Reagan to the presidency after the election of 1980 was a defiant defense of the status quo.

And then came AIDS.

The disease ravaged coastal communities of gay men after it emerged in 1981. Deaths skyrocketed from 130 then to more than 3,500 three years later. By the end of 1987, six years into the crisis, 41,330 Americans had died from HIV/AIDS, and nearly 72,000 were known to be infected and living with what amounted to an automatic death sentence in most cases. Most were gay men, but by then the blood-borne infection had spread through contaminated donations, shared needles, and unprotected sexual intercourse until it cut a broad path through society, across the country, and around the world.

Responding to such destruction would have been challenging under any circumstances, but the impact became catastrophic during an era of domestic spending austerity and conservative intolerance. It was easy for those in power to overlook what had begun as isolated pockets of illness within a marginalized community.

Just as national leaders ignored the opioid crisis until it had swept across the country, President Reagan and his administrators overlooked red flags and warning signs when the AIDS crisis began. This neglect continued for years.

Reagan completed his first term in office and was nine months into his second before he even publicly mentioned the word AIDS. By the end of his administration in 1989 more than 62,000 Americans had died from the disease, including 21,244 in 1988 alone. That same year over 36,000 new cases of infection were diagnosed and the mortality curve was mounting toward its apex of 51,414 deaths in 1995.

In the absence of leadership during the presidencies of Reagan and George H. W. Bush, people with AIDS and their allies mounted their own defenses. They raised funds for research, opened up channels to experimental treatments, and established communities of care, such as New York’s Gay Men’s Health Crisis.

These efforts didn’t just rely on the work of gay men. Lesbians, bisexuals, trans activists, and straight allies joined the fight, too. They did so not only out of compassion for others, but because they realized everyone’s rights were on the line. If the government wouldn’t prioritize the needs of ailing gay men, why would they care about other overlooked constituencies?

The 1987 birth of the advocacy organization ACT UP epitomized this determination to unite in a fight for equality that would yield benefits for all. When activists protested the high cost of AZT, an early medication for AIDS treatment, they voiced an outrage over pharmaceutical greed that continues to resonate today (and they shamed Burroughs Wellcome into reducing its prices).

When they chanted, “Healthcare is a right, healthcare is a right!” they didn’t just advocate for patients with HIV/AIDS. ACT UP sounded a cry that would lead, two decades later, to the Affordable Care Act. When they fought hospital policies that excluded lovers from deathbeds, they planted the seeds of a fight for marriage equality that culminated in the 2015 Supreme Court ruling of support.

The arc of the moral universe may bend toward justice, but each succeeding generation must set its sights on the next horizon of its curving path and add its weight to the turn. When people do, they stand on the shoulders of those who came before, including the chanting legions of ACT UP and those who, on a hot June night, took to New York City streets to proclaim, “Enough! It is time for us to be recognized as equal members of the human family.”

Ann Bausum writes about social justice history for readers of all ages. Her latest book is “Viral: The Fight Against AIDS in America.”

Pride in Pictures: Madrid Pride is one of the biggest in Europe