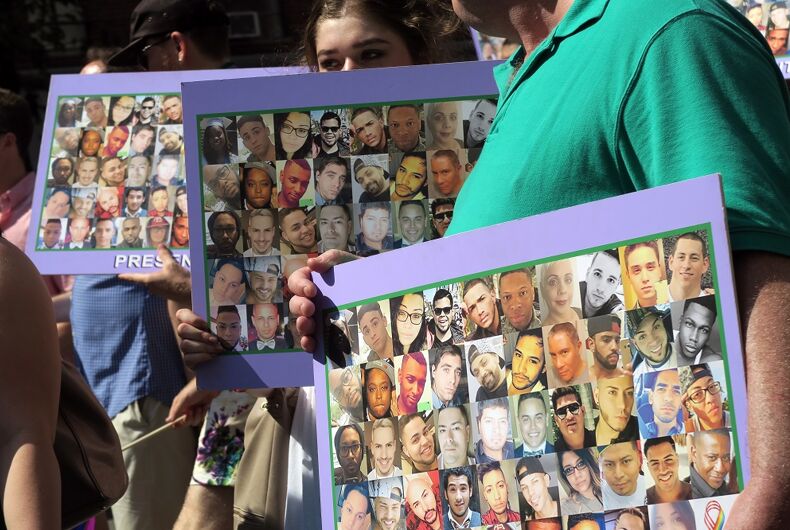 A bill introduced in Congress would make the Pulse nightclub a federal landmark.

Three years ago today, Omar Mateen entered Pulse, a gay nightclub, in Orlando and killed 49 people in what was then the deadliest mass shooting in the U.S. and the deadliest attack against LGBTQ people.

Representatives Darren Soto (D-FL) and Stephanie Murphy (D-FL) would honor the 49 people killed in the attack in a ceremony. The memorial would become part of the National Park System and the organization OnePulse Foundation would maintain it.

“This will give this hallowed ground the federal recognition it deserves, especially for those who lost everything,” Soto said.

Related: Donald Trump said everyone should have had a gun at the Pulse nightclub

“This is an important step to preserve an LGBT historic landmark at a time when many of these sites are being destroyed,” he added. “The memorial will serve as a reminder of the remarkable way our community came together to heal and overcome hate.”

A remembrance ceremony is scheduled for today at 7 p.m. at the now-closed nightclub.

Soto said that he hopes to pass the bill before this time next year.