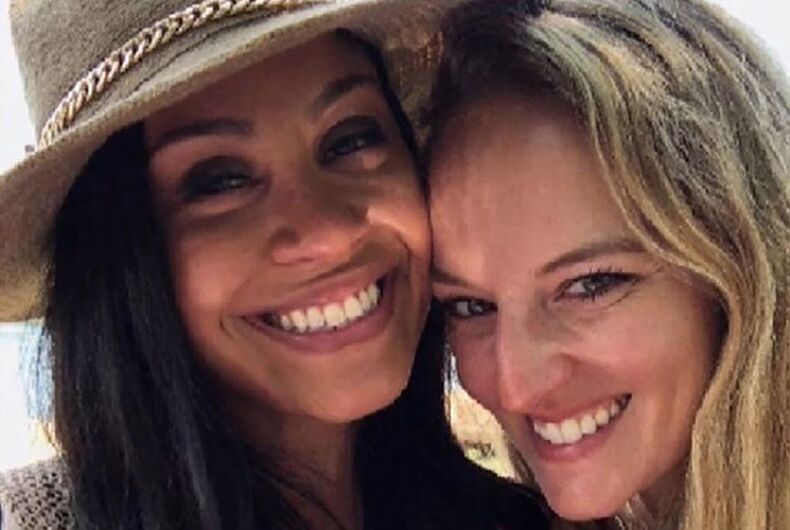 A D.C. news anchor, Meagan Fitzgerald, 33, announced that she is getting married to her girlfriend, Kelly Heath, 30.

“It’s not always easy being gay, lesbian, bisexual, or transgender,” Fitzgerald said before announcing her engagement this past Sunday on News4. “There’s the coming out process, finding out who you are, being comfortable in your own skin and your own truth.”

“I know this because I’ve been through that journey.”

She then said that she was “excited” to say that her fiancee Kelly proposed the day before.

Her colleagues congratulated her on air and said they “can’t wait for the wedding.”

Related: The first black female soldier passed Ranger School. Then she proposed to her girlfriend.

Fitzgerald later told NBC that she wanted to make the announcement during Pride Month.

“I just felt like it was natural,” she said. “People tune in to watch every morning. They’re our family and we’re theirs. And because it’s Pride Month, I didn’t want to just make it about me. I want to help other people that being different is OK.”

She said that she has been overwhelmed by positive feedback from the public.

“What’s been especially encouraging to me is hearing people say they sent the video to their cousin or that it gave them strength because they are scared to come out,” she said.

“For people looking for reassurance, I want to use my platform to reinforce that message that they deserve to be happy.”

Overwhelmed by the love and support and so very grateful to work for @nbcwashington @NBCNews – a company that embraces and celebrates diversity and inclusion. Thank you so much again ♥️🙏🏽 https://t.co/wXbyKFPsXO

I truly appreciate your message. Thank you so much. I hope so 🙏🏽 https://t.co/1Fj01eMPsh

Thank you so much for your message Nick! https://t.co/QDrMADJwWE

Thank you- love you! xo https://t.co/WIvce2X0ie