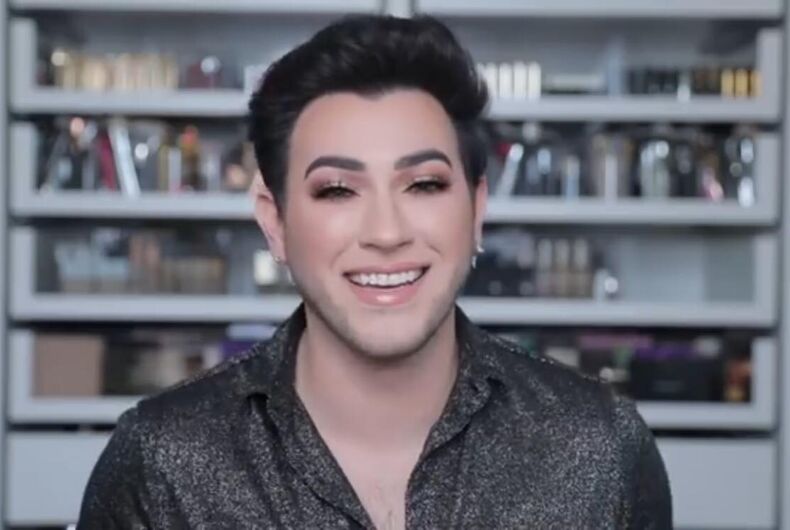 Manny MUA, 28, is a queer make-up artist and LGBTQ activist based out of Los Angeles, CA. Photo: Screenshot//

When he was young, Manny Gutierrez used to watch his mom do her make-up. Now, as a make-up artist, YouTuber and brand ambassador for companies like Morphe and Maybelline, he uses his presence on social media to advocate for queer issues.

Known professionally as Manny MUA, Gutierrez has gained a follower base of over 10 million people across YouTube, Instagram and Twitter. He is also the founder of Lunar Beauty, and has collaborated with other brands like Jeffree Star Cosmetics, Ofra and Makeup Geek.

He grew up in a Mormon family and was sent to “conversion therapy” when he came out to his parents in order to “reverse the effects of being gay.” His parents are now accepting of his sexuality and are actively involved in his brand.

“It was really hard for me growing up, not having my parents understand me as much as I wanted them to,” said Gutierrez in a video where he and his father confronted their complicated past.

Manny MUA said that he felt that his father was “constantly trying to change (him)” as a teenager, which is why they didn’t have a ‘traditional father-son bond.”

Gutierrez’ father, Manny Sr., said that “for some reason, (he) grew up resenting the LGBTQ community.”

“I tried to change him into … a ‘normal boy’,” said Manny Sr. “Even taking him to therapy. I was in the mentality that (being gay) was a choice.”

When Manny came out to his parents, his father said that counseling was an excellent resource to “address the roadblocks” that he faced and realize how he could support his son.

Now, 28, Gutierrez uses his brand and his media presence to be a positive role model for youth. He began his YouTube channel in 2014, and regularly posts make-up tutorials, first impressions and beauty tips.

“The more I grew on social media, the more I was able to show my family that I could take care of myself,” said Gutierrez. “I would show them my emails and DM’s from people saying how my story was helping other young men or women who want to wear make-up or express themselves.”