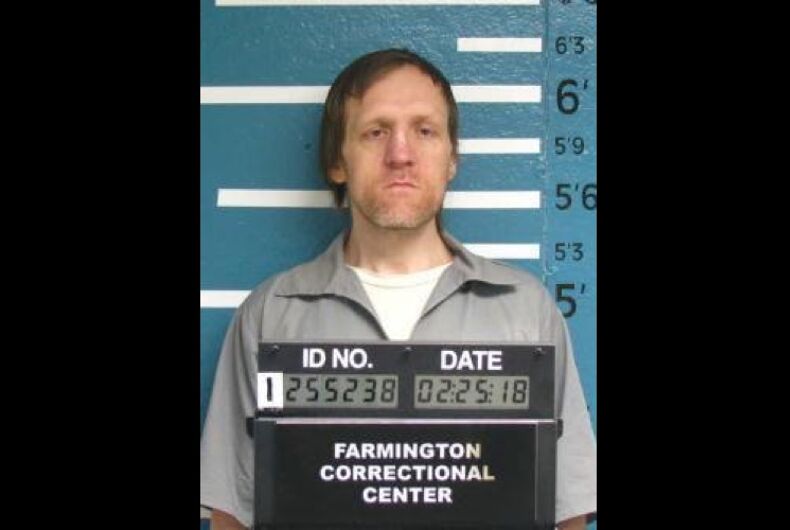 Edward A. Terry, 49, has been charged with making a terrorist threat after he sent an email to St Louis Pridefest organizers claiming he was going to attack the festival.

Terry threatened a mass shooting, telling the organizers he was going to “come to pride fest with my guns to kill every gay person I can before I kill myself.”

Organizers quickly called the FBI who traced the email back to Terry.

Bail was set for a cash-only bond of $20,000. Terry also has another pending criminal case for theft.

Earlier this month, A straight couple triggered a mass shooting scare that caused a stampede at DC’s Capital Pride parade. Both were arrested.