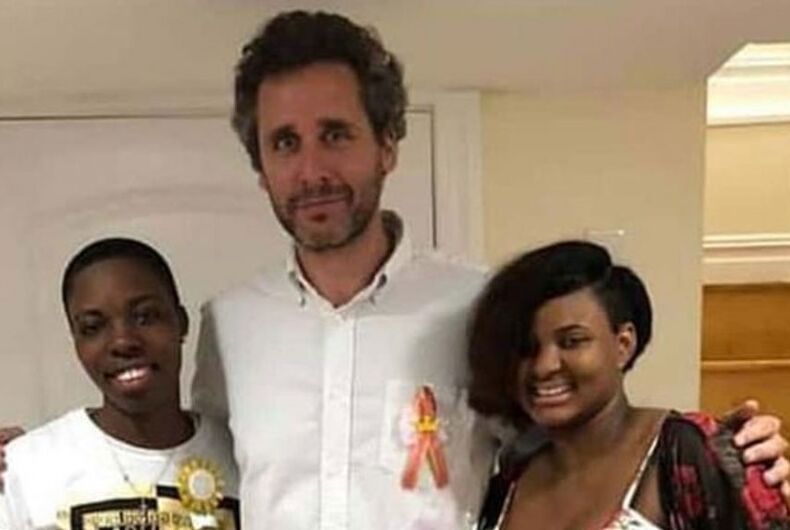 Ari Nagel, a 43-year-old math professor at the City University of New York, is widely known as “the Sperminator” for freely donating sperm to women around the world who want to have children. He has reportedly impregnated over 50 different women, and the most recent is Kaienja Garrick, a 18-year-old homeless bisexual woman who plans on raising her child with Dee Slobert, her girlfriend of three years.

Two years ago Garrick left her mother’s home in Queens to avoid continual fighting with her mother. Since her father lives in Georgia, Garrick entered New York’s shelter system for homeless teens. She now lives in the East River Family Center and is seeking employment.

According to The New York Post, a month after her 18th birthday, Garrick decided to try to get pregnant, stating, “I knew if I could raise my little [7-year-old] sister, I can raise my own baby. I’ve been taking care of her since she was born.”

After consulting with her girlfriend, the two women decided not to go through the “hassle and expense” of a sperm bank or a clinic offering in vitro fertilization. Instead, they searched online for “free sperm donation” and discovered Nagel. The couple liked him almost immediately.

“I didn’t know what a ‘Sperminator’ is,” she said. “[But] he didn’t ask about anything. It’s good not to ask a lot of questions — it’s a woman’s choice.” She then met with him in Manhattan Beach last fall, he deposited his seed into a cup and two weeks later, Garrick discovered she was pregnant. Now she’s due to have her child in July and plans on naming her Kaidee.

Garrick even ended up having a baby shower thrown by Nagel’s “mom squad,” the other women who have birthed children thanks to him. They women gifted Garrick with diapers, clothes and cash. Nagel bought Garrick a device that will read stories to her child.

The two women are now seeking an apartment together so Slobert can finish high school and pursue studies in engineering.

After football players burned a pride flag, this high school is responding perfectly