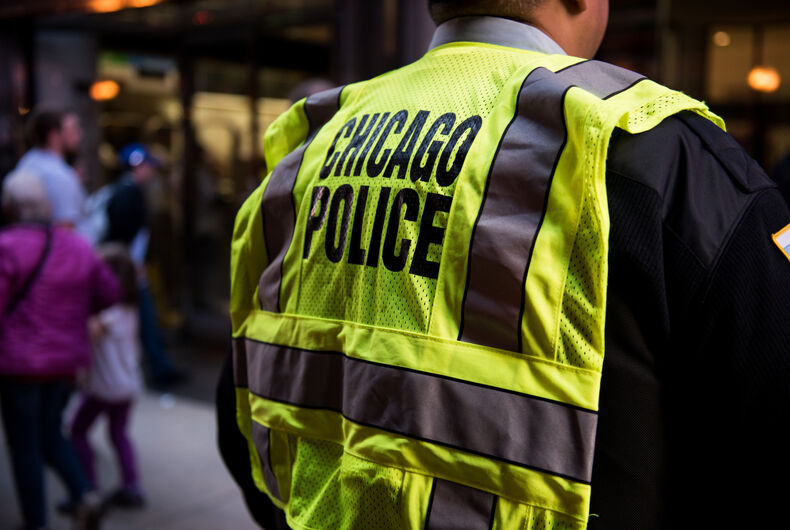 Chicago police are investigating a now-retired sergeant amid allegations that he coerced a Black transgender woman to perform oral sex on him in his squad car while on duty.

The 39-year-old woman, who’s name has not been released, said that she has been with her boyfriend when the officer’s patrol car rolled up. The officer asked her what she was doing in the neighborhood, and she told the officer she was going home.

According to a report in the Chicago Tribune, the officer then told her to get into the front seat of the patrol car, when he drove to a nearby alley. At that point, she said, he exposed himself and told her to perform oral sex on him.

“That’s what you do,” said the officer, threatening the woman with jail time if she didn’t do it.

She also claimed the officer told her, “I can make you one of my regulars.”

The woman went to Rush University Medical Center on March 8, shortly after the incident took place. While she did not submit to a rape kit, fearing retaliation from police at the medical center, she did turn over DNA evidence that could implicate the officer in question.

Police interviewed the woman a few weeks later after she was picked up on a shoplifting charge. Based on the interview, authorities stripped the sergeant of his police powers on April 6. A week later, the sergeant was allowed to retire from the force.

The officer was investigated 20 years ago in a separate incident where he and a partner has threatened a convicted felon with falsified drug charges unless he handed over a weapon. At that time, the internal affairs division recommended termination, but he and his partner were only given a 30-day suspension.

The investigation remains ongoing, and police are awaiting the results of a DNA test.