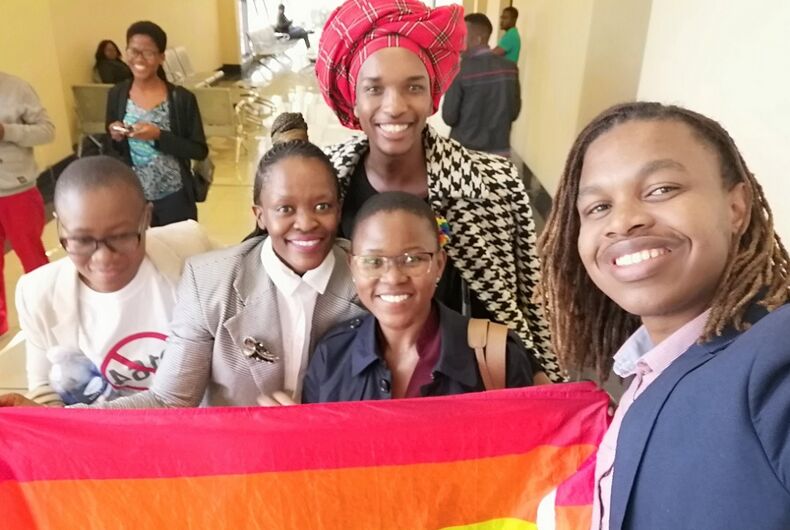 The Botswanan High Court ruled unanimously today that the country’s sodomy law is discriminatory and unconstitutional.

Section 164 of Botswana’s Penal Code bans “carnal knowledge of any person against the order of nature,” and section 167 bans “acts of gross indecency.” These laws have been used to criminally prosecute people for being gay.

The challenge to the laws was brought by a gay student, Letsweletse Motshidiemang, 21, who argued that the law was discriminatory.

He said that he feels accepted by his peers, a feeling undermined by how he could be sent to prison for being gay.

“A democratic society is one that embraces tolerance, diversity and open-mindedness,” wrote Justice Michael Leburu in the court’s ruling.

The court rejected the government’s argument that sex is for the purpose of procreation and said that the state cannot regulate what two consenting adults do in private.

The packed courtroom erupted in cheers when the decision was announced.

It couldnot have been a better day. What a day… We are all basking in the glory of human rights for all.@legabiboadvo@leshielovesong @ratanangMosweu pic.twitter.com/oGoO6uGDnw

Discrimination on the basis of sexual orientation was banned in 2010 in Botswana, even while the government continued to criminalize sex between two men.

YouTube’s CEO issued a non-apology to LGBTQ people. It didn’t go over well.

Color of Pride: Alice Nkom is one of the only lawyers in Cameroon fighting for queer rights