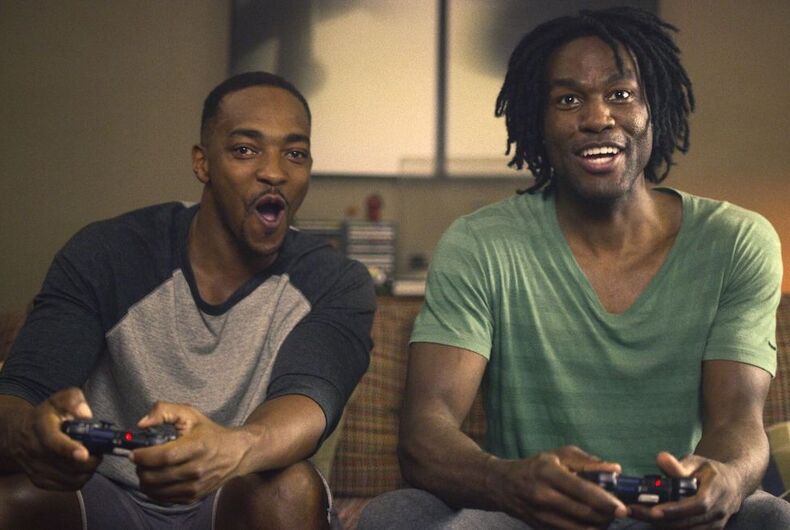 The recently released fifth season of the futuristic thriller series Black Mirror contains an interesting bisexual storyline about two men who begin an affair via a virtual reality video game.

The two men reconnect when Karl gifts Danny an updated virtual reality (VR) version of Striking Vipers: Karl likes to play the leggy fighter Roxette (played by Pom Klementieff, aka. Mantis from the Guardians of the Galaxy films) while Danny prefers the hunky grappler Lance (played by Ludi Lin).

But when the two men begin playing, they decide to make love, not war, by sexually engaging each other in the VR realm. They begin a gender-bending online affair that gradually interferes with each man’s otherwise heterosexual sex lives offline.

The episode depicts the men’s genuine emotional connection while exploring what it means to share sexual experiences online.

Ultimately, the episode sidesteps other troubling moral questions like why a VR video game maker would program fighting characters to have sex, whether the public would rail against sexual content in a major video game title, and the age of the real-world players who sexually engage in the game.

“Striking Vipers” doesn’t delve into these morally messy topics, but it does begin to explore polyamory, something Black Mirror and other shows seldom do. The episode also remains one of the series’ rare explorations into queer attraction. Black Mirror‘s season three episode “San Junipero” also followed a same-sex romance as two women meet and fall in love in a mysterious time-hopping coastal city.