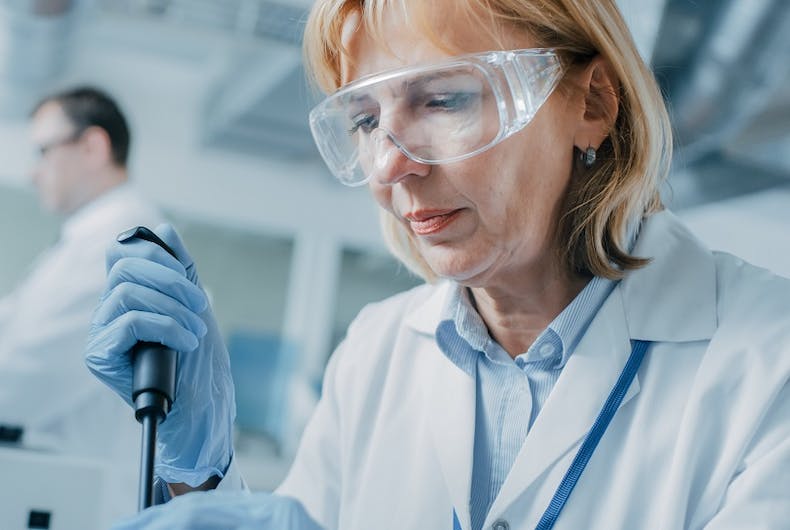 The Trump administration announced that it would immediately shut down an HIV research contract with a university and the move was hailed by an anti-LGBTQ hate group.

In a statement, the Department of Health and Human Services said that it would be reviewing research contracts with the National Institute of Health (NIH) that use aborted fetus tissue.

“Promoting the dignity of human life from conception to natural death is one of the very top priorities of President Trump’s administration,” the statement says.

It says that there are currently 200 research projects going on at universities that are receiving NIH money that will be reviewed by “ethics advisory boards” appointed by HHS Secretary Alex Azar.

HHS also announced that a $2 million/year HIV research contract with the University of California – San Francisco has been canceled.

“Today’s action ends a 30-year partnership with the NIH to use specially designed models that could be developed only through the use of fetal tissue to find a cure for HIV,” said UCSF’s chancellor Sam Hawgood.

“We believe this decision to be politically motivated, shortsighted and not based on sound science.”

Georgetown University law professor Lawrence Gostin said that the move “will affect everything from cures for cancer and HIV through to Parkinson’s and dementia.”

“The ban on fetal tissue research is akin to a ban on hope for millions of Americans suffering from life-threatening and debilitating diseases,” he added.

But not everyone was sad that the medical research was ended. Tony Perkins, president of the hate group Family Research Council, referred to the research grants as “Checks for Baby Body Parts” in a press release.

“Regardless of which side you’re on, the idea of experimenting on aborted babies is gruesome,” Perkins said, referring to research that uses cells from legally aborted fetuses.

“Despite all the money researchers keep throwing at them, the remains of aborted babies haven’t resulted in a single cure. There’s absolutely no reason to finance these ghoulish experiments when moral alternatives exist – and are helping patients!”

He did not specify the “moral alternatives” that have been effective at finding a cure for HIV or Parkinson’s disease.

He added that Donald Trump isn’t “anti-science” and that “taxpayers everywhere are grateful this White House has the courage” to try to end such medical research.

Last year, HHS put a “pause” on an HIV study. The study used tissue from legally performed abortions to create “humanized mice,” that is, mice with a partly human immune system so that they could get human HIV. They are one of the few animals that can be infected with human HIV.

“We were all poised to go and then the bombshell was dropped,” said Warner Greene, director of the Gladstone Center for HIV Cure Research, at the time, adding that his research was being set back years.