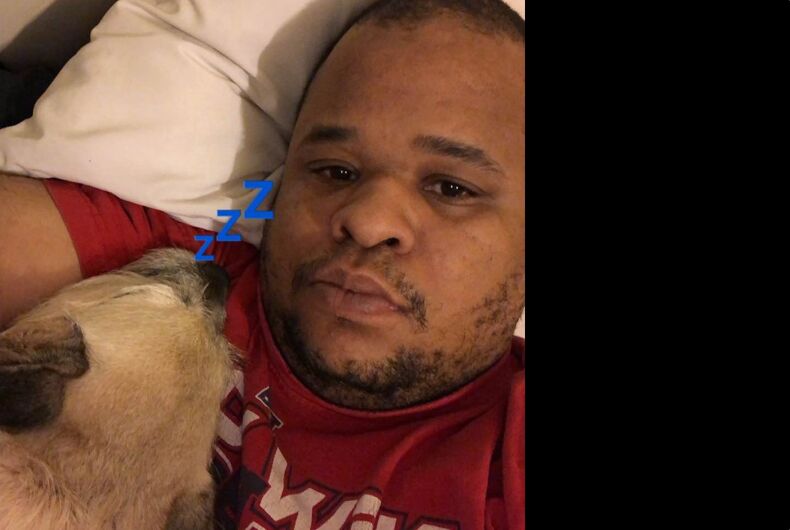 Terry Solomon has been left grieving for his husband, Winston McKay, after he was shot and killed walking their dog shortly after their 18th anniversary party ended.Photo: Facebbok

Winston McKay and Terry Solomon held a big party packed with friends and food to celebrate their anniversary. After the guests left, the two men kissed as McKay left to walk their dog. He never returned.

McKay was shot and killed accidentally after two other men started arguing on a street corner near their home. The bullet severed his femoral artery and he bled to death on the sidewalk while the men ran away.

“They tell you to remember the good times, the fact that we had 18 years,” Solomon told the Daily News. “But I was robbed of another 18 years with the person I loved. And now I have to go to a funeral and say my final goodbye.”

The men fell in love at first site after Solomon passed through the subway turnstiles where McKay was working. Their eyes locked for a brief instant, and McKay, who was just finishing his shift, turned and followed his future husband onto the subway.

During their ride, the two man chatted and exchanged phone numbers. Two days later they went on their first date.

“I don’t really believe in love at first sight, but we saw each other and knew,” Solomon said. “I’m never going to find something like that again. He was my partner forever.”

“I cried all last night and I’m going to cry tonight. I can’t imagine the day when I’m going to stop feeling this lost.”

Is the Pulse nightclub about to become a federal memorial?