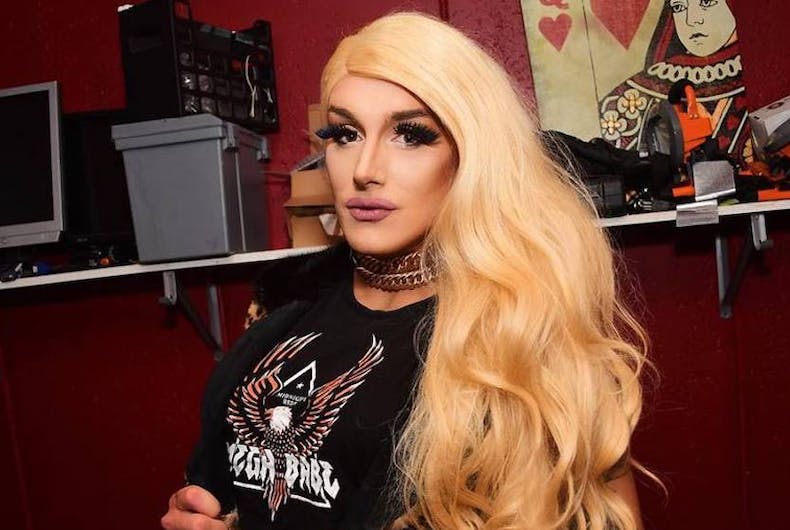 In May 2018, Maebe A Girl became quite possibly the first drag queen elected to public office when the California performer became the Silver Lake Neighborhood Council representative of Region 5. Now, the genderfluid/trans performer has announced her intention to run for California state congress.

In a recently released statement, she said:

“I’m running because representation matters. California’s 28th District has a diverse demographic and as such requires a representative that can relate to the oppression experienced by so many of its constituents. In a political climate where so many people’s civil liberties are at risk, I want to be on the front lines fighting for them.”

Her platform will reportedly have three parts: 1) Protecting minorities, immigrants, women and the environment; 2) Advocate for diversity, inclusion and representation to reflect the entire community; and 3) to legislate for progressive action.

According to her campaign website, in her current position, Maebe formed the Silver Lake LGBTQIA Advocates Committee, “the first committee of its kind” in the L.A. Neighborhood Council system.

She is also one of the Council’s Homelessness Liaisons and has voted to address the existence of homeless encampments and efforts to “clean them up,” making recommendations “to approach this sensitive subject with more compassion.”

When she first ran for office, Girl’s platform included greater outreach for homeless residents, including a desire to connect residents with various resource agencies such as mobile HIV testing vans and continuing the distribution of hygiene kits, according to Q Voice News.

When she was first elected to public office about a year ago, she said:

“I plan to spend the next two years working directly for my community and then I plan to run for City Council, and then possibly even Mayor of Los Angeles or Congress if the public sees me fit to run. While my heart and passion are in LGBT issues, I feel the need to work for all oppressed minorities, including women and immigrants. ”

Currently, Democrat Adam Schiff represents California’s 28th congressional district. He has served 10 terms and won his 2018 re-election campaign with over 75 percent of the vote. Girl may have to face him in the primary if he decides to run for an 11th term.