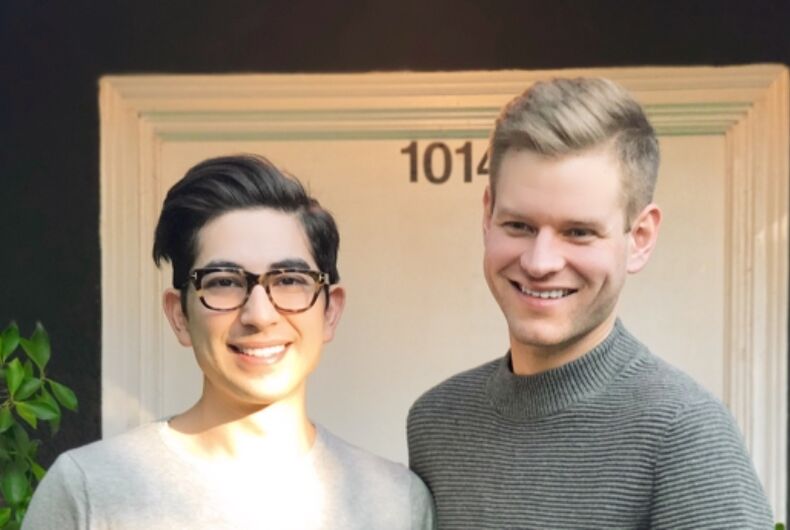 A church in Iowa voted against allowing a gay man who grew up in the church to get married.

Derek Harmon grew up in Lake Mills, Iowa, and he went to the Salem Lutheran Church. He wanted to marry his partner Jesus Martell Gonzalez in the church, just like his siblings had.

The Evangelical Lutheran Church in America, as a denomination, has allowed same-sex couples to get married since 2009. But the individual church Harmon grew up in does not. So he asked the church to vote on changing its constitution to allow him and Martell Gonzalez to get married there.

The couple said that it was important because they wanted to show LGBTQ youth that they can be accepted too.

“We both grew up in a church,” Martell Gonzalez told Pink News.

“I did not have a positive experience coming out in the church and so we wanted to do this to show other younger people that it is possible to be part of a loving community and to have a faith and still be who you are.”

Over the weekend, 103 members of the church voted in favor of allowing them to get married, while 98 members voted against them, less than the two-thirds majority they needed to get married in the church.

The process to get to the vote took more than a year, and now Harmon says, “It just doesn’t feel safe at this point” to have the wedding in Iowa, considering the hate messages they have received.

“I think it is a shame that there are still parts of the country that spew fear and intolerance in the name of God, I find that quite frankly appalling,” Harmon said.

“People continue to oppress people who are not like them. You see that with people of color, you see that with gay people, with trans people, it is the ugly part of the world these days.”

Straight penguins are now the minority at this aquarium. Most of them are gay couples.