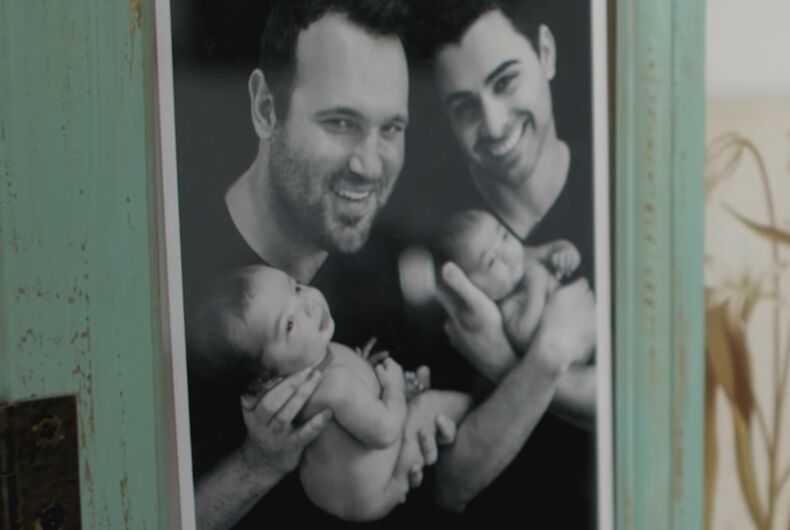 The Trump administration is continuing its attempt to block a gay couple’s child from entering the country.

In 2016, Andrew and Elad Dvash-Banks had two children via a surrogate and an anonymous egg donor in Toronto. Elad is Israeli, and Andrew has both American and Canadian citizenship. Andrew’s sperm was used to create Aidan, and Elad’s for Ethan, and both men are named on both of the boys’ birth certificates.

A year later they tried to move to the US, but they ran into complications while applying for American passports. Even though Aidan is Ethan’s father, the State Department said that he couldn’t be considered a U.S. citizen because his biological father isn’t American.

Of course, straight parents don’t have to prove that a father is biologically related to a child in order to get citizenship if they are legally recognized as the father. In fact, this is already settled law.

“The basis for the State Department’s imposition of a biological requirement is its strained interpretation” of immigration law, a federal judge wrote earlier this year when ruling in favor of the Dvash-Bankses.

Now the State Department is appealing the ruling to the Ninth Circuit Court of Appeals.

“Once again, the State Department is refusing to recognize Andrew and Elad’s rights as a married couple,” said Aaron C. Morris, the executive director of Immigration Equality.

“The government’s decision to try to strip Ethan of his citizenship is unconstitutional, discriminatory, and morally reprehensible.”

The State Department said that it does not comment on pending litigation.

“We’re outraged that the State Department is so intent on harming our family and the LGBTQ community,” the dads said in a statement.

“The fight is not over, and we will not rest until our family is treated fairly and equally. Nothing can tear us apart. The four of us are unbreakable.”