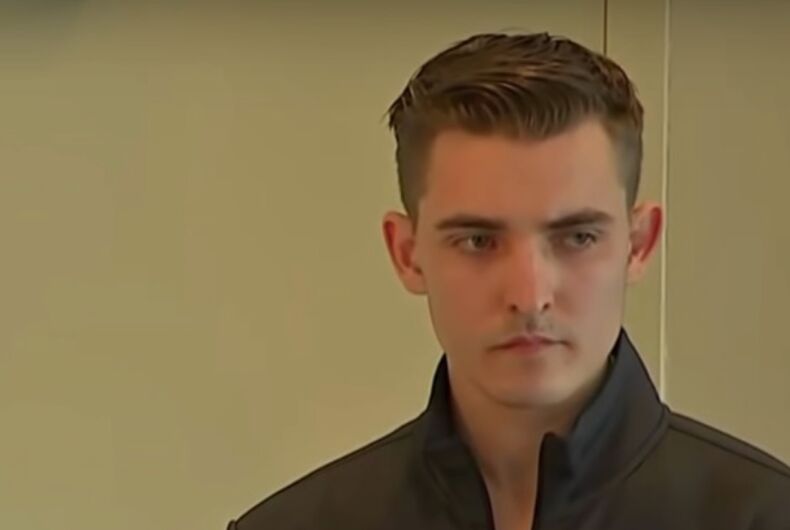 Internet troll and rightwing extremists Jacob Wohl and and Jack Burkman were revealed last week as the masterminds behind a clumsy attempt to smear out presidential candidate Pete Buttigieg. Now the bunglers have been busted trying to organize a fake “Protest Against Homophobic Bigots” outside of a press conference they planed to defend their allegations.

After an article by a young gay man, Hunter Kelly, appeared on Medium accusing the candidate of sexual assault, the man who supposedly wrote it quickly issued a statement saying Wohl and Burkman were behind the scheme and they had written the post.

An unnamed source spoke with The Daily Beast and provided more information, saying that Wohl, who writes for the far right site Gateway Pundit, and Burkman have been trying to convince young Republican gay men for weeks to accuse Buttigieg of sexual assault. The source had recorded a conversation he had with the two men when they tried to talk him into being the patsy.

“It’s important for everyone to know that I was not sexually assaulted and would never falsely accuse anyone,” Kelly wrote to explain his involvement.

“To keep it brief for now, I was approached by a political figure to come to DC to discuss political situations from the standpoint of a gay Republican. When I arrived they discussed Peter Buttigieg and started talking about how they would be working a campaign against him.

“I went to bed and woke up to a fake Twitter @RealHunterKelly and an article that I in no way endorsed or wrote.”

Mediaite busted the two men after Burkman tweeted that he expected “hundreds of leftist protesters” outside of the event and linked an Eventbrite “announcement” about the fake protest. But when someone clicked through, the site would inform anyone who registered that if they had questions, they could email the person who set up the posting – and the email address belonged to Wohl.

The event listed no official organizers on the page itself, but after Mediaite contacted the two geniuses, the email address was changed to make the organizer “Amy Green Tompkins.” The site reports that it is “a name that does not have any social media history attached to it.”

Wohl has continued to push the now debunked allegation despite overwhelming condemnation by both the right and left.

Gateway Pundit, a rightwing conspiracy site that employs Wohl, is published by Jim Hoft, a gay Republican commonly known as “the dumbest man on the internet.” His site has been responsible for spreading multiple fake news stories.

The press conference was held in Burkman’s driveway.

We WILL NOT surrender to the mob!

We’ve called in extra security to guard our safety and that of our
partners in the mediahttps://t.co/Y7JRo2MQ09

These amazing parents surprised their transgender son… with matching tattoos