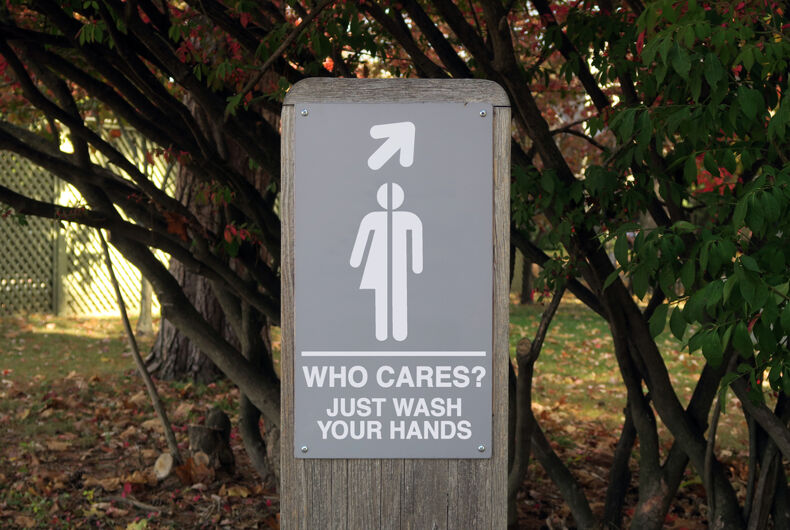 The US Supreme Court has rejected a challenge to a Pennsylvania school district’s trans-inclusive bathroom policy. A group of students and their parents argued that they shouldn’t have to use the restroom or locker room with transgender peers.

The Alliance Defending Freedom (ADF), the designated anti-LGBTQ hate group that masquerades as a Christian legal charity, brought the suit on behalf of the students. The group unsuccessfully argued that allowing trans students to use the same facilities was a form of sexual harassment.

A panel of federal appeals court judges had already ruled in favor of Boyertown School District in a startling quick decision. While the panel normally takes weeks or even months to rule, the three judge panel deliberated for about 15 minutes before coming back with a unanimous verdict in favor of the school district and trans students.

In a sharp rebuke to ADF and the anonymous students bringing the case, the court said forcing transgender students to use separate facilities would “publicly brand all transgender students with a scarlet ‘T,’ and they should not have to endure that as the price of attending their public school.”

“This is an enormous victory for transgender students across the country,” Ria Tabacco Mar, senior staff attorney with the ACLU LGBT & HIV Project, said. “Boyertown’s schools chose to be inclusive and welcoming of transgender students in 2016, a decision the courts have affirmed again and again.”

Aidan DeStefano, a recent graduate of Boyertown High who is transgender, told LGBTQ Nation via email that by the time he graduated, “I was using the boys’ bathroom and participating on the boys’ cross country team. I felt like I belonged and had the confidence I needed to continue with my education. I’m glad the Supreme Court is allowing schools like mine to continue supporting transgender students.”